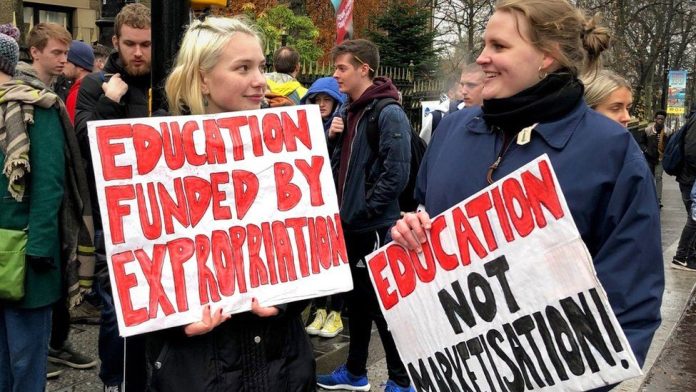 Thousands of university staff in the United Kingdom have embarked on strike to demand better working conditions.

According to BBC, the industrial action is due to issues bordering on poor pay, pension scheme, and other concerns about the varsity system.

The media outlet said in terms of salary, the University and College Union (UCU), the body representing varsity staff across the UK, is demanding a £2,500 pay increase for members.

Other demands also include an end to “pay injustice” and zero-hours contracts as well as action to tackle “unmanageable workloads”.

On pension, it is understood that the union and the UK government had been in a lingering face-off for over a decade.

The latest twist over the issue was said to have been triggered by concerns on the valuation of the Universities Superannuation Scheme (USS), the pension scheme used for academic staff in varsities.

The UCU had argued that the valuation of the scheme was “flawed” since it took effect at the outset of the coronavirus pandemic “when global markets were crashing”.