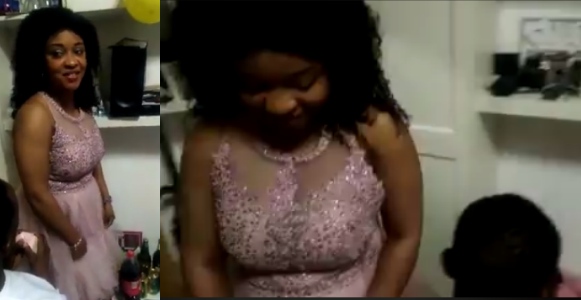 A Twitter user identified by his handle as @RealDonaldDoo has narrated how a man caught his wife cheating on him after he played a trick on her.

According to the narrator, the man had previously faked a trip abroad and told his wife he has secured a visa (a day before her birthday) with the intention of surprising her with a car gift later on as her birthday approached.

The man however proceeded to carry on with his plans; bought the car, picked his kids from school with the new ride the next day, and when he arrived home, lo and behold his wife was already with another man in their house.

Sharing the story, he wrote: 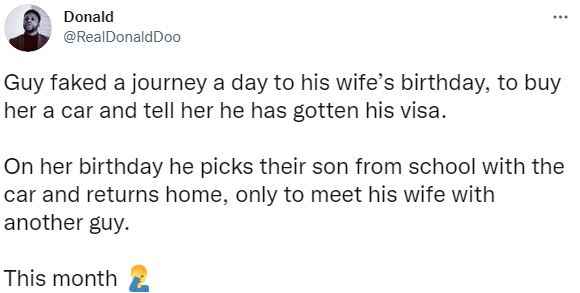