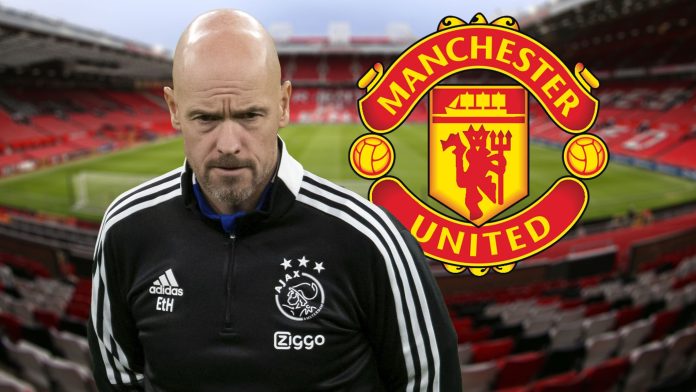 Ten Hag’s appointment was announced in a statement this morning.

The Dutchman is expected to hold sway at Old Trafford from the end of the current season until June 2025.

“Manchester United is delighted to announce the appointment of Erik ten Hag as Men’s First Team Manager, subject to work visa requirements, from the end of this season until June 2025, with the option to extend for a further year,” the statement read.

Ten Hag will replace Ralf Rangnick, who has been working at United in an interim capacity since Ole Gunnar Solskjaer was sacked by the club in November 2021.

Speaking on the Dutchman’s appointment, John Murtough, United football director, said: “During the past four years at Ajax, Erik has proved himself to be one of the most exciting and successful coaches in Europe, renowned for his team’s attractive, attacking football and commitment to youth.

“In our conversations with Erik leading up to this appointment, we were deeply impressed with his long-term vision for returning Manchester United to the level we want to be competing at, and his drive and determination to achieve that.

“We wish Erik the best of luck as he focuses on achieving a successful end to the season at Ajax and look forward to welcoming him to Manchester United this summer.”

On his part, Hag expressed his excitement at becoming United’s new coach. The 52-year-old also promised to develop a team capable of winning trophies for the Red Devils.