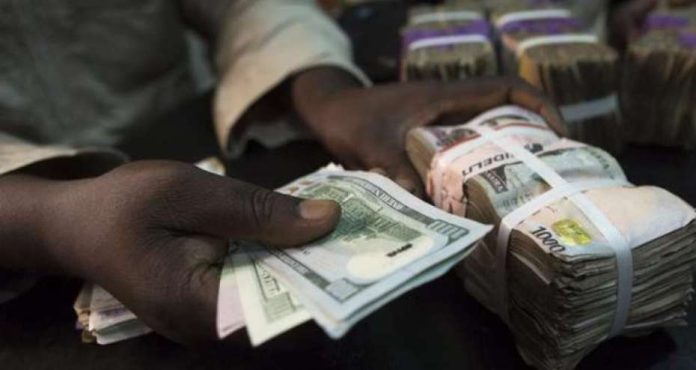 The exchange rate between the naira and the US dollar closed at N429.44/$1 at the Investors and Exporters window, where forex is traded officially. Naira had traded at a record high of N453.2/$1 during intra-day trading before moderating to N429.44/$1 on Wednesday.

Similarly, the exchange rate at the cryptocurrency peer-to-peer FX exchange appreciated to N693.2/$1 on Thursday morning from N699.04/$1 recorded as of the same time on Wednesday. This represents a 0.84% gain against the US dollar at the P2P market.

In the same vein, Nigeria’s foreign reserve continued its gains on Tuesday, as the reserve gained 0.03% to stand at $39.02 billion, surpassing the $39 billion threshold once again. The nation’s foreign reserve had been on a downward trend due to the constant intervention by the CBN in the official market to maintain the stability of the local currency.

Trading at the official NAFEX window
The exchange rate at the official market closed at N429.44/$1 to a dollar on Wednesday, 31st August 2022, from N431/$1 recorded in the previous trading session.