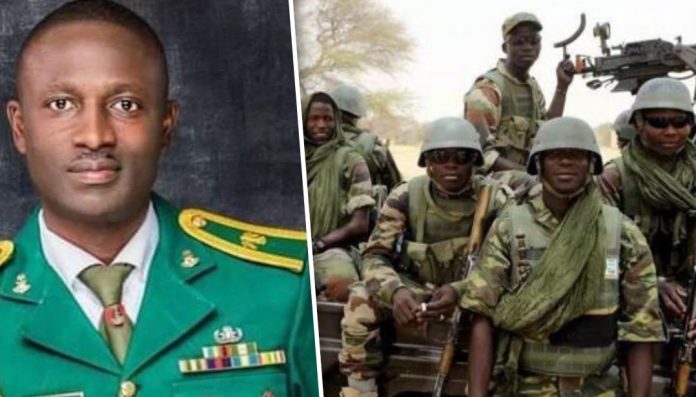 Maj. Christopher Datong, the officer abducted at the permanent site of Nigeria Defence Academy (NDA) Kaduna, on Aug. 24 has been rescued alive.

The rescue was carried out by a combined team of troops of the Nigerian Army, Airforce and other security agencies.

Scores of bandits were neutralised.

He said the Chief of Defence Staff and Service Chiefs had earlier issued a directive after the abduction of the officer, that he be rescued and his abductors, fished out.

The spokesperson said sequel to the directive, the 1 Division, in conjunction with the Air Task Force, Department of State Services and other security agencies, swung into action by conducting operations in the Afaka general area of Kaduna, to locate and rescue the officer.