This was disclosed in a communiqué issued at the end of the Federation Account Allocation Committee (FAAC) meeting held in Abuja on Wednesday.

The communiqué issued by the Federation Account Allocation Committee, at the end of the meeting, indicates that the Gross Revenue available from the Value Added Tax for September 2022 was N189.928bn which is a decrease distributed in the preceding month. The distribution is as follows; Federal Government got N28.489bn, the states received N94.964bn, Local Government councils got N66.475bn.

Accordingly,  the gross statutory revenue of N502.135bn distributed was higher than the sum received in the previous month, from which the Federal Government was allocated the sum of N232.921bn, States got N118.141bn, LGCs got N91.081bn, and Oil Derivation (13 per cent mineral revenue) got N59.992bn.

From the analysis of the FAAC Communique, SKYTREND NEWS however gathers that the balance in the Excess Crude Account (ECA), as at 26th October 2022 stands at $472,513.64. 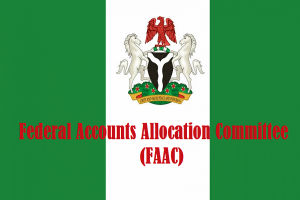