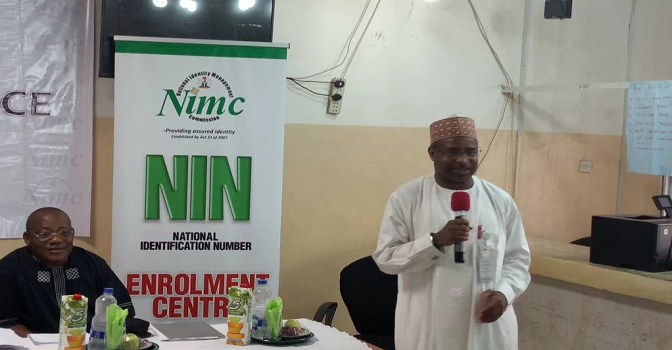 He said this while requesting the support of the Bureau of the Public Services Reforms (BPSR) yesterday in Abuja.

Aziz expressed NIMC’s gratitude to BPSR for enabling the adoption of NIN in JAMB’s Unified Tertiary Matriculation Examination (UTME) and the issuance of travel passports by the Nigerian Immigration Service (NIS), according to NAN.

He said the number of Nigerians who enrolled for NIN had risen from seven million in 2015 to 75 million this year.

Aziz also added that NIMC had developed a mobile app with which members of the general public can access vital information about their NIN enrolment and print out.

On his part, Arabi commended the NIMC’s director-general for the ‘remarkable’ work he is doing to actualise the corporate mandate of the Commission and to also facilitate the enrolment of millions of Nigerians into its citizens’ database.