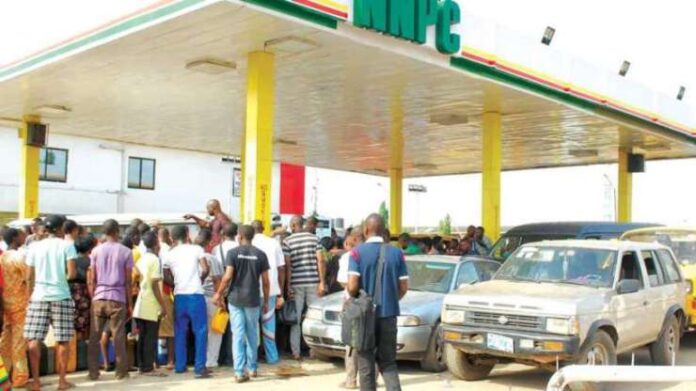 The Nigerian National Petroleum Company (NNPC) Limited says it deducted N525.71 billion as a shortfall for the importation of petrol (subsidy) in August 2022.

Subsidy or under-recovery is the underpriced sales of premium motor spirit (PMS), better known as petrol.

The national oil company said this in its monthly presentation to the Federation Account Allocation Committee (FAAC) meeting on Friday, September 23.

The FAAC document obtained by newsmen showed that due to the subsidy payment, the oil company failed to remit any funds to the federation account for the eighth consecutive time.

Analysis showed that NNPC had spent N2.565 trillion on petrol subsidy payments since the beginning of the year.

“The sum of N525,714,373,874.60 being federation account share was used to defray value shortfall/subsidy for the month,” NNPC Limited said.

Petrol subsidy has remained a controversial issue in Nigeria as spending continues to deplete the country’s revenue.

This year, the federal government plans to spend up to N4 trillion on costly petrol subsidies due to high global oil prices.

However, it plans to stop subsidy payment by June next — with plans to spend N3.35 trillion as contained in the 2023-2035 medium-term expenditure framework and fiscal strategy paper (MTEF&FSP).

The oil company said it recorded an overall crude oil lifting of 8.49 million barrels (export and domestic crude) in July 2022, representing a 16.78 increase compared to the 7.27 million barrels it lifted in June 2022.