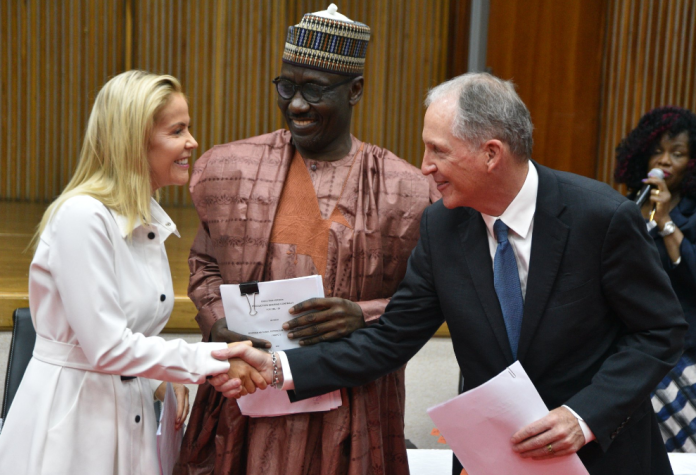 The FAAC report obtained by newsmen showed that the crude losses recorded at some of the country’s terminals hindered optimal oil exports, termed production shut-ins.

At the Forcados terminal, export operations were stopped on July 17 to August 5.

It said the stoppage of oil exports followed reports of a “sheen in the vicinity of SPM-2”.

Oil sheen is a shiny rainbow colour that appears on the water surfaces due to the spill of oil.

NNPC added that “at 16:00, Shell Petroleum Development Company (SPDC) requested all injectors”, adding that it led to the loss of 667,500 barrels of oil.

At Qua Iboe terminal, NNPC said a seven-day warning strike by the Petroleum and Natural Gas Senior Staff Association of Nigeria (PENGASSAN) resulted in a crude loss worth N1.47 million barrels of oil.

The warning strike, NNPC said, was due to the divestment of assets by Mobil Producing Nigeria Unlimited (MPN) without notification.

It added that the incident affected production at the terminal throughout the month under review.

According to NNPC, Bonny terminal recorded 3.5 million barrels of oil loss throughout the month.

“Crude oil production at Bonny terminal has dropped significantly to an average of about 3mbd since the 21st of march 2022 till date. The terminal operator has declared force majeure on all outstanding bonny programs,” the report reads.

Meanwhile, NNPC said the Bonga terminal recorded a production loss of 658,085 barrels of oil due to repair works.

It said, “flex work ongoing at Bonga requires that the floating production storage and offloading (FPSO) be kept at the 16-metre draft to facilitate the repair work”.