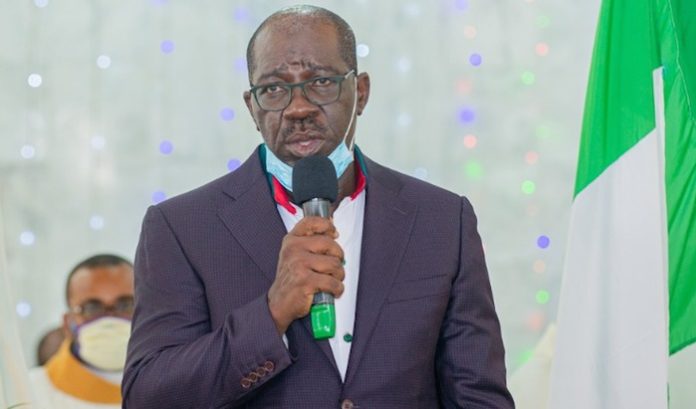 Godwin Obaseki, governor of Edo, has explained why the state government did not approve the use of the Samuel Ogbemudia stadium for the Labour Party (LP) presidential campaign rally.

Obaseki spoke on Friday during an interview on Channels Television.

Before the campaign rally, supporters of Obi had criticised the decision of the Edo state government to decline the request of the LP to use the stadium for its rally.

Owing to the development, the venue of the rally was moved to the Baptist convention ground, Benin.

Speaking during the interview, Obaseki said the LP applied for the stadium on Wednesday night, adding that the notice was too short to grant approval.

The Edo governor added that there are some arrangements that need to be put in place before the stadium can be used for a campaign rally.

“There are several venues in Benin for rallies,” he said.

“I heard that they applied on Wednesday night to hold a rally at the Samuel Ogbemudia stadium on Friday morning — giving us one-day notice.

“The tracks of that stadium are still under warranty. The pitch has to be maintained in a certain mode. It is not just another facility that you can blow in and use without preparing.

“If they knew that they wanted to hold a rally on Friday, why couldn’t they give more time and notice, so that we give them the conditions under which they can use the pitch?

“The same thing we did to the PDP when they wanted to use the pitch. The only reason we allowed the PDP rally was that it was used as an opportunity to commission the facility. Otherwise, most other rallies are held in other large grounds around the city.

“I expected more from the LP. I thought they were more serious. You can’t be planning for a rally on Friday and be giving less than 24 hours notice.”

Asked to react to insinuations that he is bothered about the growing popularity of the LP, Obaseki described the insinuations as a “joke”, saying the LP can only show its strength on social media.