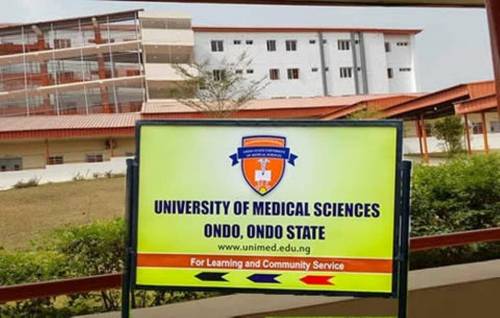 Doctors at the University of Medical Sciences Teaching Hospital (UNIMEDTH), Ondo state, have embarked on a two-day warning strike over an “assault of one of their colleagues”.

A medical officer at the accident and emergency department of the hospital was reportedly assaulted on Tuesday by a relative of a patient.

Amotekun operatives in the state were said to have, however, arrested the man that assaulted the doctor.

The doctors, who staged a peaceful protest on Wednesday in Akure, were said to have described the attack as “barbaric” and called on the state government to provide adequate security to prevent a re-occurrence.

The doctors displayed placards with various inscriptions such as; ‘We are severely overworked’; ‘Stop attacking us’; and ‘UNIMEDTH doctors now working in fear of attack’.

Ibidapo Bolayemi, one of the doctors, asked the government to improve security around the hospital and also employ more health workers.

“It is rather pathetic what happened to one of us yesterday. An injury to one is an injury to all,” NAN quoted her as saying.

“Yesterday was the turn of a doctor. Tomorrow, who will it be? It is high time the government and the hospital management did something.

“And at this time, we are being overworked. Initially, we were 150 doctors, but now, we are barely 45, and you expect 45 doctors to perform very well?

“As a result of that, we get tired, we get exhausted and we are being overwhelmed.”

Another doctor, who preferred to remain anonymous, said they would be downing tools for 48 hours until the government responds to their demands.