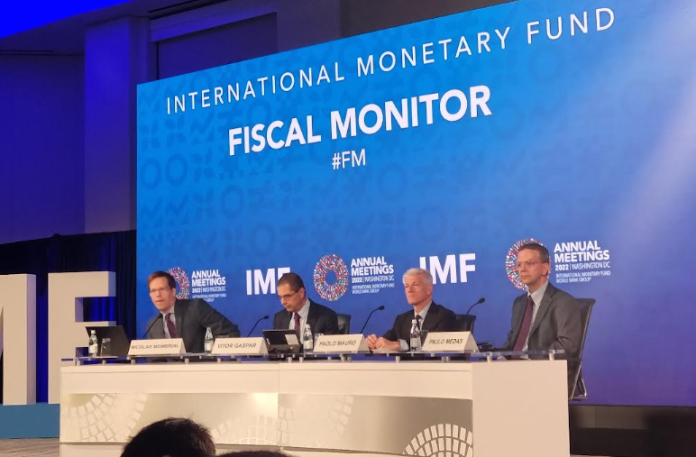 Kristalina Georgieva, managing director, International Monetary Fund (IMF), has warned that a third of the global economy will face recession this year.

Georgieva spoke in an interview with CBS, an American broadcast television and radio network, on Sunday.

She said economic activities in the United States, the European Union, and China are all slowing simultaneously.

“We expect one-third of the world economy to be in recession,” the IMF managing director said.

“Half of the European Union will be in a recession this year.”

One-Third Of The World Will Face Recession This Year, IMF Warns

Georgieva further explained that the rapid spread of Covid-19 in China, especially now that the government has dropped its severe containment policy, means that the country faces a fresh economic blow in the short term.

She said the next couple of months will be “tough for China” due to the spread of the deadly virus.

The projection of the IMF boss aligns with that of Goldman Sachs, a multinational investment bank, that global economic growth will slow to 1.8 percent in 2023.

The IMF, had in October, cut its 2023 outlook for global economic growth, citing the continuing drag from the war in Ukraine as well as inflation pressures and interest rate hikes by major central banks.

“For the first time in 40 years, China’s annual growth is likely to be at or below global growth, meaning it could drag down worldwide economic activity rather than propelling it. That has never happened before.”

Georgieva also said the US is likely to escape the worst of the downturn, adding that its strong labour market was likely to help it outperform most other majors.

“The US may avoid a recession because its unemployment is so low,” she said.

“If that resilience  holds in 2023 the US would help the world to get through a very difficult year. The US economy is remarkably resilient.”

Last year, the bank of England said the United Kingdom’s economy was set for a five-quarter recession starting at the end of 2022 — with the gross domestic product (GDP) shrinking.