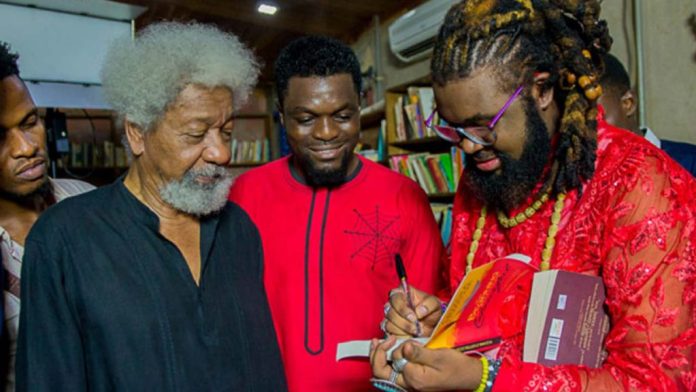 Onyeka Nwelue, the Nigerian filmmaker and author, is set to produce a documentary on Wole Soyinka’s visit to the southeast during the Biafran war.

In August 1967, Soyinka had paid an unofficial visit to Enugu where he met with Chukwuemeka Ojukwu, the Biafran leader.

The Nobel laureate’s visit was to discuss the possibility of ending the Nigerian civil war, which had started about two months earlier.

But Soyinka was arrested and imprisoned for months by the Nigerian government over his visit to the southeast.

In a recent Twitter post, Nwelue said the documentary would be titled ‘The Last Night in Biafra’ and would chronicle Soyinka’s visit to Enugu to see Ojukwu.

He also shared a snippet of his interview with Olusegun Obasanjo, former president, who gave an account of the events leading to the war, which lasted between 1967 and 1970.