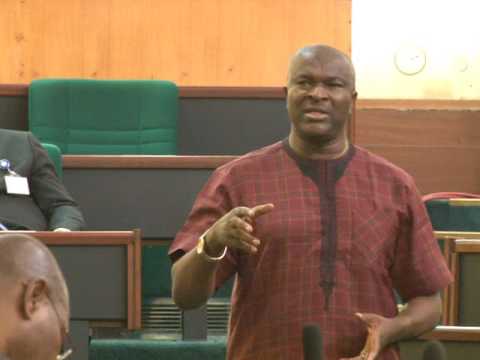 Pat Asadu, a member of the Peoples Democratic Party (PDP) in the house of representatives, has lost his bid to return to the national assembly in 2023.

The legislator representing Nsukka/Igboeze south federal constituency was defeated at the party’s primary election in Enugu state on Sunday.

From 2000 until 2006, he served as commissioner for land and housing, science and technology, health, agriculture, environment, and special duties in Enugu state.

Having first been elected to the house of representatives in 2007, Asadu was seeking to return to the national assembly for the fifth time.

With only two votes, Asadu finished third in the election held in Nsukka LGA of the state.

Chinedu Onu, the returning officer, said three other hopefuls — Chidi Obetta, Aniegbulam Ezeugwu and Chukuemeka Asogwa — got one vote each.

According to the chairman of the election committee, 111 delegates participated in the exercise, but four of the votes were voided.

Speaking after he was declared winner, Abba said his constituency stands to benefit if he eventually gets elected in 2013.

“This victory is a victory for PDP; victory for justice and victory for democracy in our constituency. I thank all delegates and the party for finding me worthy to fly the party’s flag in 2023,’’ Abba said.