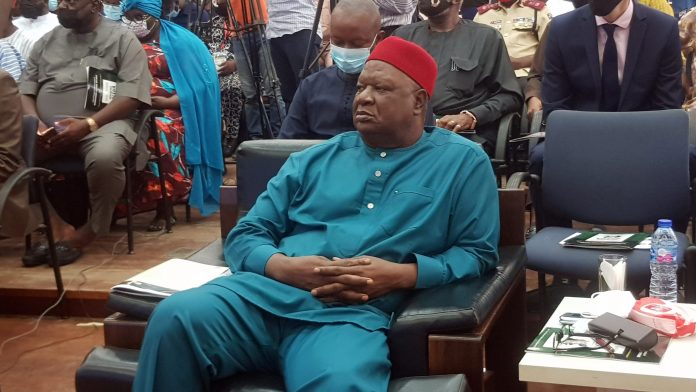 Some Peoples Democratic Party (PDP) leaders in the south-east have backed the presidential ambition of Anyim Pius Anyim, a former secretary to the government of the federation.

Anyim was endorsed at a consultative meeting in Enugu which had in attendance party chieftains from Abia, Anambra, Ebonyi, Enugu and Imo.

In a communique issued after the meeting and signed by two PDP chieftains — Theodore Orji, former governor of Abia, and Eze Duruiheoma — leaders of the region described Anyim as a “worthy leader” who will ensure greater security, unity and prosperity.

“The choice of a South East citizen as the presidential candidate of the party in 2023 will guarantee to every Nigerian a sense of equity, justice and inclusion in the management of the affairs of the nation. In our view, this is the best way of ensuring that we build a nation that leaves no one or group behind,” the communique reads.

“On account of the foregoing, we congratulate Senator Anyim Pius Anyim for the patriotism of his decision to offer himself for national service by aspiring to contest in the 2023 Presidential race.

“We take due cognizance of his previous record of distinguished and unblemished service as President of the Senate and Secretary to the Government of the Federation. In these positions, he distinguished himself as a detribalised statesman, consensus builder and true nationalist.

“We, therefore, unanimously endorse his aspiration with all conviction and enthusiasm and eagerly commend him to the rest of the nation as a worthy leader who will pilot the affairs of the nation towards greater security, unity and prosperity for all citizens.

“In furtherance of the foregoing, we hereby oblige Senator Anyim his request that we all join him to persuade and reassure every part of the country to do justice to the South East and thereby promote equity and justice as core values of our nation.”