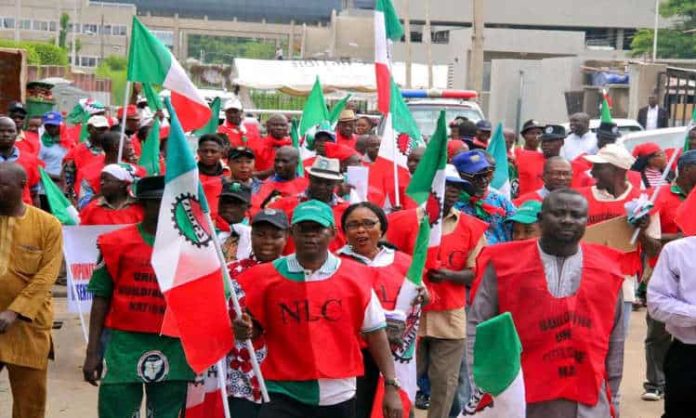 The Nigeria Labour Congress (NLC) says rallies will hold in all states to protest against the plan by the federal government to remove the subsidy on petrol.

The decision is contained in a communique issued yesterday and signed by Ayuba Wabba and Emmanuel Ugboaja, NLC president and secretary, respectively, after the organisation’s national executive council (NEC) meeting in Abuja.

Zainab Ahmed, minister of finance, had announced in November that the subsidy on petrol would be removed and a N5,000 transport grant would be disbursed to the “poorest” Nigerians to cushion the effect.

Speaking on the proposed subsidy removal, the NLC said after the rallies in all the 36 states on January 27, a national protest would take place in Abuja on February 1.

“The NEC, therefore, resolved to reject and resist the planned increase in the pump price of petrol by the Federal Government, as it is extremely insensitive to the acute hardship being experienced by Nigerian workers and people,” the statement reads.

“Pursuant to its rejection and resistance of further increase in the price of petrol, to organise protest rallies in all the 36 States of the Federation on Jan. 27, 2022.

“This would culminate in the submission of protest letters to all the 36 State Governors. Subsequently, a National Protest will take place on Feb. 1, 2022 in Abuja.

“In case government decides to announce new petrol prices before the proposed protests, the protest will kick-off instantly and without any other further notice in every state of the federation and the Federal Capital Territory.”