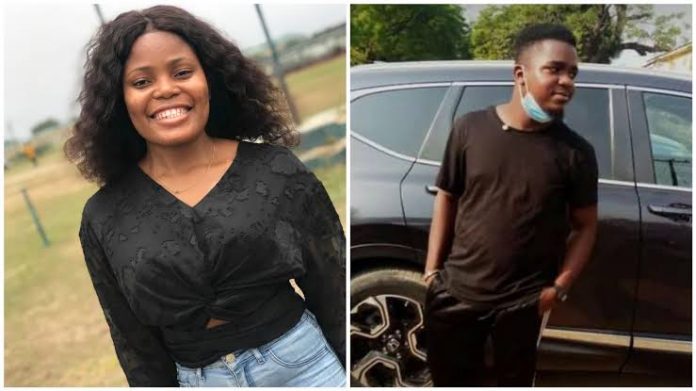 The police in Akwa Ibom state have arrested one Uduak Akpan over the death of Iniobong Umoren, a female job seeker who was found buried in a shallow grave.

Akpan is accused of kidnapping, raping and murdering the girl.

Okido Macdon, spokesperson of Akwa Ibom police command, said yesterday that he confessed to having lured Umoren to his house in the guise of giving her a job.

The suspect was also quoted to have said that he sexually and physically assaulted her afterwards, leading to her death.

Macdon added in a statement that the Akpan subsequently buried the victim in a grave in his father’s house.

“The perpetrator who confessed to having lured his victim to his house in the guise of giving her a job, but ended up sexually and physically assaulting her which led to her death. To cover his tracks, he dragged and buried her in a shallow grave in his father’s compound,” the statement read.

“The deceased has been exhumed and deposited at UUTH for autopsy. The suspect confessed to have told his local government chairman of his atrocity before escaping to Calabar and was never at any time handed over to the Police by anyone.

“Suspect is a confessed serial rapist who has owned up to the raping of other victims. He will be charged to court at the conclusion of investigations.”

Umoren was last seen on April 29 when she left her house to meet a Twitter user over a potential job offer.

She was said to have been invited by one Frank Ezekiel Akpan regarding the job. She became unreachable after she left to meet the house.

Uduak Umoh, Umoren’s friend who had raised an alarm after her whereabouts became unknown, broke the news of her death on Sunday.

The deceased was a graduate of the University of Uyo, Akwa Ibom, and had announced on Twitter that she was looking for a job.