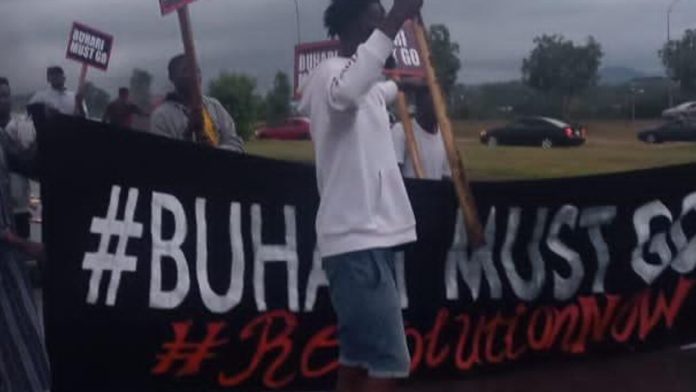 The youths came out in their numbers this morning all carrying placards which had the inscriptions #BuhariMustGo.

They also carried a large banner with #RevolutionNow written on it while moving in the streets.

The protesters also burnt tyres in the middle of the road.

In an attempt to disperse the protesters, the police arrived at the scene of the protest and fired teargas at them.

The federal government had said there would be heightened security in the days leading to the country’s 61st independence anniversary.

It therefore asked residents of the federal capital territory (FCT) and its environs not to panic.