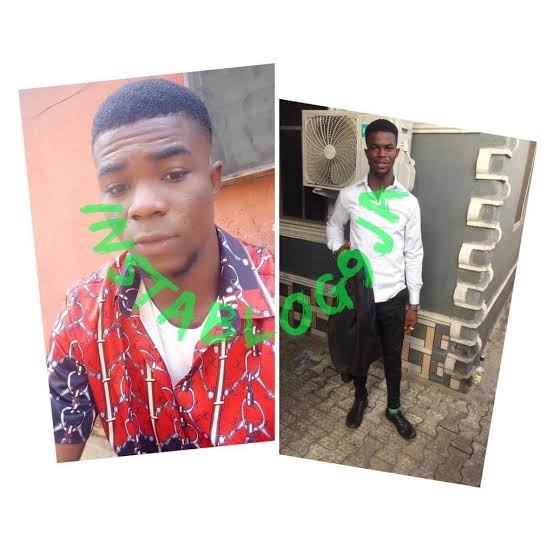 It was gathered that the deceased was allegedly beaten to death by police officers attached to the RRS in Asaba, Delta State.

According to a source, the incident happened on Thursday, April 29, 2021. “They arrested this guy and his girlfriend at a hotel gate in Asaba.

Then they asked him to admit to owning a gun which he vehemently refused and he was brutally beaten till he died.

After killing him, they took his girlfriend (who had earlier written in a statement that she was from Lagos) to the motorpark and gave her money to leave Delta state and never return. They proceeded to dump his corpse in an unknown location. 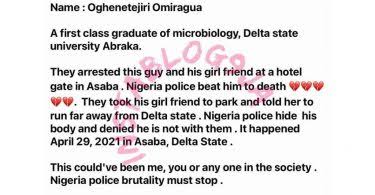 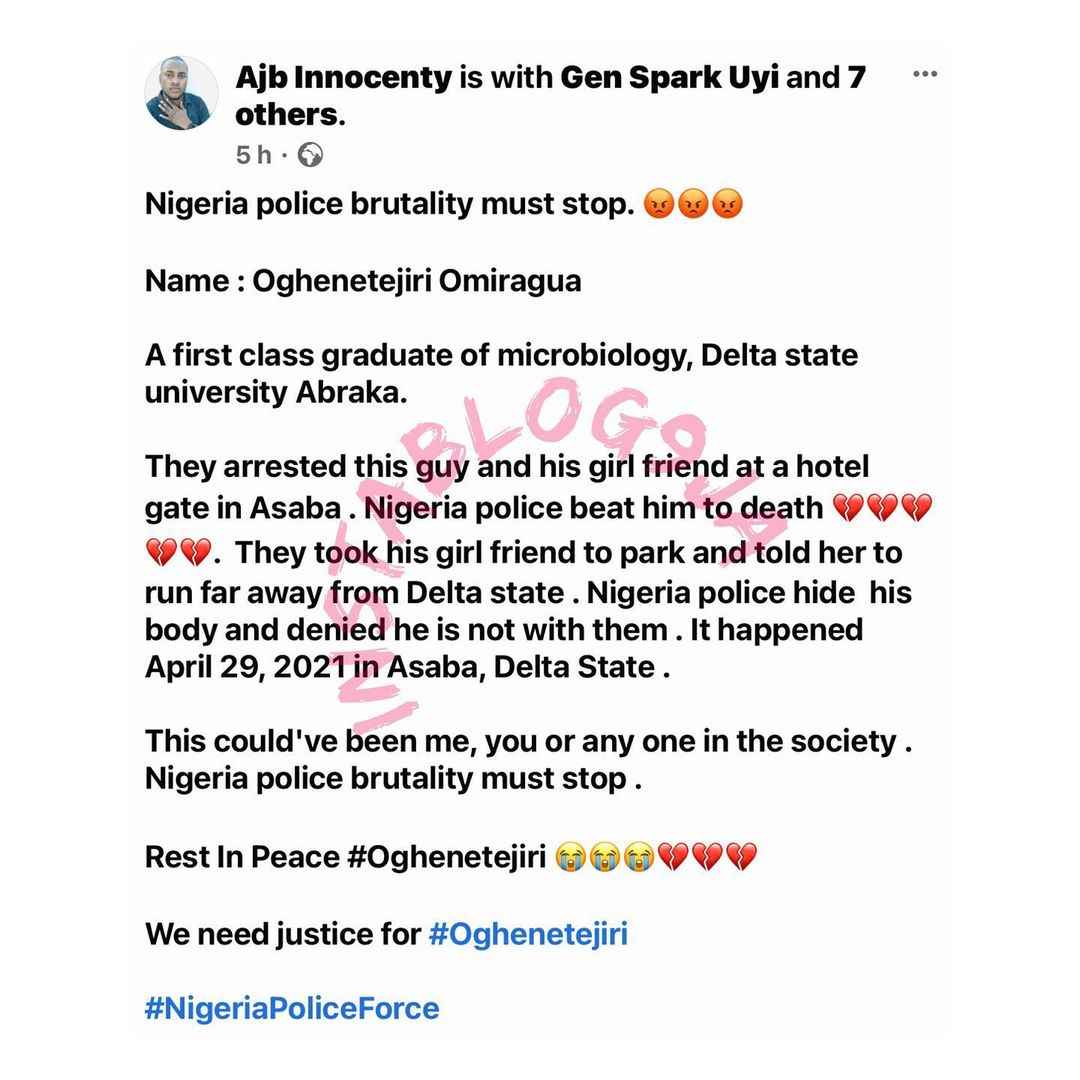