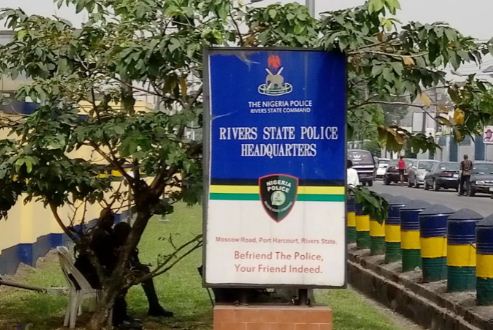 The Rivers state police command has arrested a yet-to-be-identified man for allegedly being in possession of a “condom containing fluid.”

On Tuesday, the man’s brother had taken to Twitter to call out the police over the arrest as well as his detention.

In a flurry of tweets, the complainant had explained that his brother was arrested by operatives of the now-defunct special anti-robbery squad (SARS) on Monday at SARS road in Port Harcourt, the state capital.

He said they have been looking for him since then and only learned of his arrest in the early hours of Tuesday.

According to him, the police operatives allegedly demanded money to secure the release of his brother.

SARS AT SARS ROAD has been holding my brother since yday night that they saw him with condom. He slept here and we’ve been looking for him, we only discovered this morning and they are asking for money!!!!

You call yourself Anti robbery Squad and you are arresting an adult for holding a condom! And made him sleep at police station Please RT this I’m currently at sars office at sars road

But responding in a series of tweets, the complaint response unit (CRU) of the Nigeria Police Force (NPF) denied the alleged extortion.

The police said its officer in charge of anti-cultism intercepted the man at a roadblock and found him with a condom packed with fluid inside a pure water bag.

The OC Anti Cultism responded, that the Young man was intercepted on a Road block with fluid packed in a Condom, put in a pure water bag.

The OC Anti-Cultism was contacted in respect of the arrest.