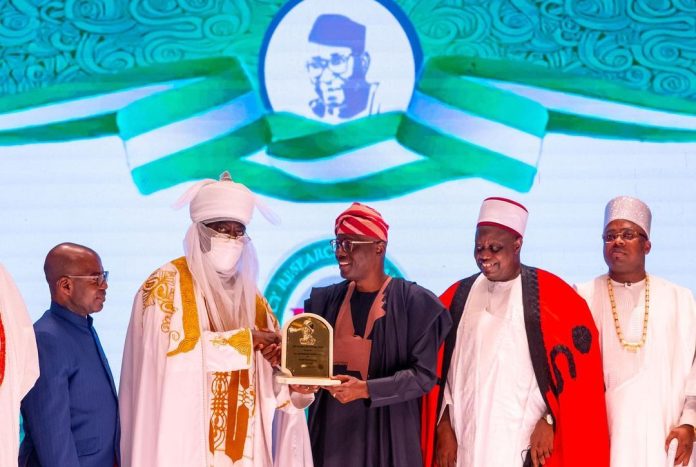 The Governor of Lagos State, Babajide Sanwo-Olu emerged as the winner of the 2020 Zik Prize in Good Governance during the 2021 Zik Leadership Award ceremony, held in Lagos, yesterday.

Sanwo-Olu announced this via his verified Facebook page today, adding that he accepted the award “with a greater sense of patriotism and commitment.”

The Zik Prize in Leadership Award scheme, which was established in 1995, has now evolved to become one of Africa’s most respected award schemes. 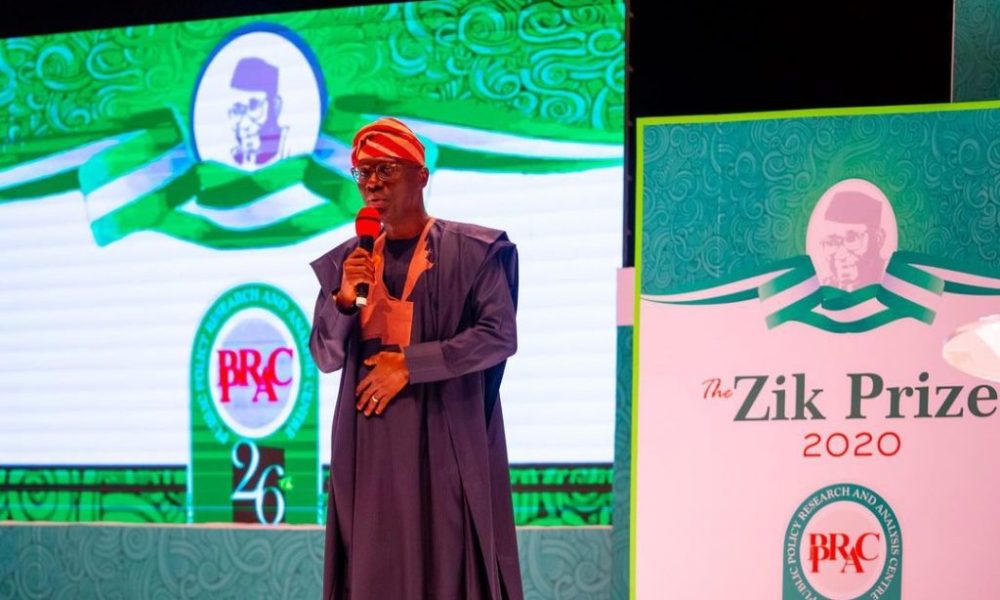 Sharing pictures of the event, Sanwo-Olu wrote, “It is a thing of utmost joy and honour to win an award named after Dr. Nnamdi Azikiwe, an iconic nationalist and erudite statesman whose life personified service.

“I accepted the award with a greater sense of patriotism and commitment to make the people we are elected to serve the centre of our administration in terms of policy conceptualisation and implementation.

“I will spend every day in office working for the people of Lagos on whose behalf I received the Zik Prize in Good Governance.”