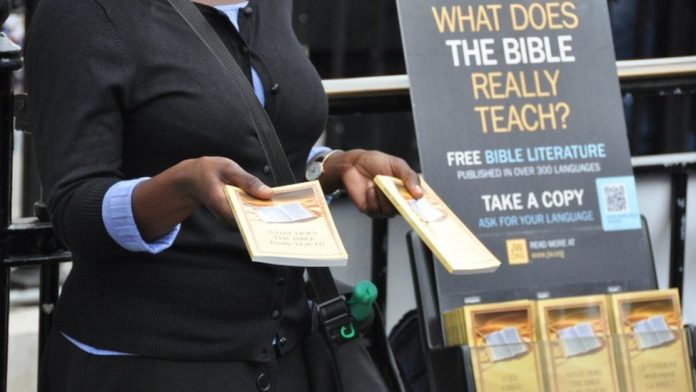 Christmas is, without a doubt, the most important Christian holiday. However, there are some churches that would rather sit it out.

Here’s a list of religious organisations that don’t officially celebrate Christmas and why.

Jehovah’s Witnesses are a group of Christians known for knocking on doors, giving out copies of their Watchtower and Awake! magazines, and not celebrating popular holidays – including Christmas.

They believe Christians are to remember Jesus’ death, not his birth, as he instructed.

They also argue that Christmas was not observed by Jesus’ apostles and early disciples as the Nativity feast was instituted no earlier than 243 [C.E.] more than a century after the last of the apostles died.

Lastly, they stand on the fact that Jesus’ birth date is not documented in the Bible, hence there is no proof that he was born on December 25. Instead, the date and events that surround Christmas are based on pagan ceremonies and practices such as the Roman Saturnalia.

Like Jehovah’s Witnesses, this religious organisation is known for going against the norm, having church service on Saturdays, the Jewish Sabbath day, not Sunday.

In a blog post, Pastor Wilson, the president of the Adventist General Conference, warned against criticizing individuals who want to celebrate Christmas, saying that “we must not allow the subject of Christmas to become a dividing issue among (adventists), criticizing or alienating others who may see it differently than we do.”

Still, they maintain the Bible makes no mention of the importance of commemorating Christmas or the date of Jesus’ birth and that keeping Christmas is not an obligation or a condition of membership in the Adventist church.

A few years ago, Pastor W.F. Kumuyi, the head of Deeper Life Bible Church, proclaimed to his members and to the world that his church does not observe the widely observed holiday.

Explaining why at the 2013 December retreat, he said: “We don’t celebrate Christmas. It actually came from idolatrous background. That is why you don’t hear us sing what they call Christmas carol. Never! When you find anybody coming in, or any leader, trying to introduce the idolatry of mystery Babylon, that they call Christmas and you want to bring all the Christmas carol saying that is the day that Jesus was born, and you don’t find that in the Acts of the Apostles or in the early church, then you don’t find that in my church either. If you don’t know that before, now you know. We are not trying to make the church turn like the world. We want it to be like Jesus Christ, and more like the Apostles. If you don’t have that mind with us, then you have permission to go to other places.”

According to the church’s official website, the Bible did not provide any evidence that Jesus Christ was born on December 25.

Rather, they believe He was born in October and that Christmas arose from “a boisterous pagan feast in honor of the sun deity.”

While most Christians celebrate Christmas in December, this church commemorates Jesus Christ’s birth anniversary in October. This is accomplished through a celebration known as Freedom Day.

The Religious Society of Friends, usually known as Quakers, is a religious organization. Because this church believes that “every day is a holy day,” there is no need to rejoice on a specific day.

Another reason they don’t celebrate Christmas is that some Quakers are attempting to return to early Christian practices.

“There’s an effort within areas of Quaker practice to try to explore and find early Christianity, the church before it became a political institution,” says Chris Pifer, a spokesman for the Friends General Conference. There were no Christmas celebrations in the early days of Christianity that resembled the ones we have today.”