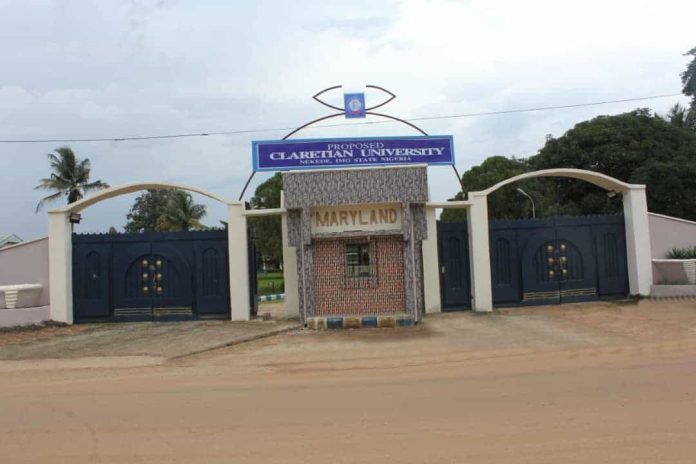 Suel Ambrose, a seminarian at Claretian University of Nigeria, Nekede, Owerri, has died while acting in a ‘Passion of Christ’ drama on campus.

The 25-year-old student of philosophy died on Friday while acting in his role as Peter in the drama.

The passion of Christ is the short final period in the life of Jesus Christ before his crucifixion and death on the cross.

Mavis, one of the students who spoke to newsmen, said the deceased slumped and died on the spot.

“He was playing the role of the biblical Peter in the dream and that process when Peter cut the ear of one of the soldiers and Jesus fixed the ear and ask Peter to let them do their wish. You know how passionate the play is,” Mavis said.

“So when the soldiers chase the disciples to drive them away from Jesus, the young man fell on the floor and started bleeding.

“We took him to our school hospital, and the doctors did their best, but he was not responding to treatment. We took him to the Federal Medical Center in Owerri, where he was pronounced dead.”

The deceased hails from Benue and always had the dream of becoming a priest in the catholic church before his demise.

The school authority is yet to use any statement on the development.