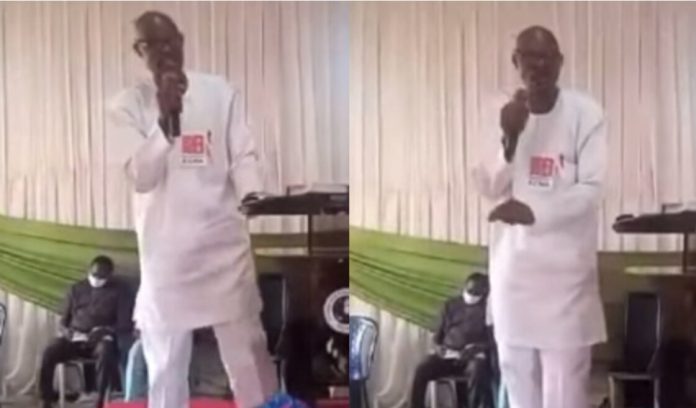 There was a commotion at the Evangelical Church Winning All (ECWA), Onikoko, Abeokuta, Ogun State, when a Deacon, Francis Ogunnusi, reportedly slumped and died while preaching during the service.

It was gathered that the incident occurred on Sunday when Ogunnusi was preaching against the ‘get-rich-quick’ syndrome.

There have been worrying cases of ritual killings in Ogun State and other parts of the country. No less than three cases of killings for money rituals were recorded in different parts of the state last month.

A viral video sighted online showed the deacon alongside an interpreter, warning against the rising cases of money rituals.

Ogunnusi was also said to be the Baale of Onikoko, a community near the Panseke area in Abeokuta metropolis.

The church was thrown into confusion when the deacon suddenly slumped with a microphone in his hand.

Delivering his sermon in Yoruba, Ogunnusi said, “The money you make through unlawful means, killing people, sucking human blood; when death comes, it will belong to another person.”

However, when the interpreter was still trying to present the words in the English language, the man slumped and threw the church into a commotion.

He was reportedly rushed to the Federal Medical Centre, Idi-Aba, Abeokuta, where he was pronounced dead.