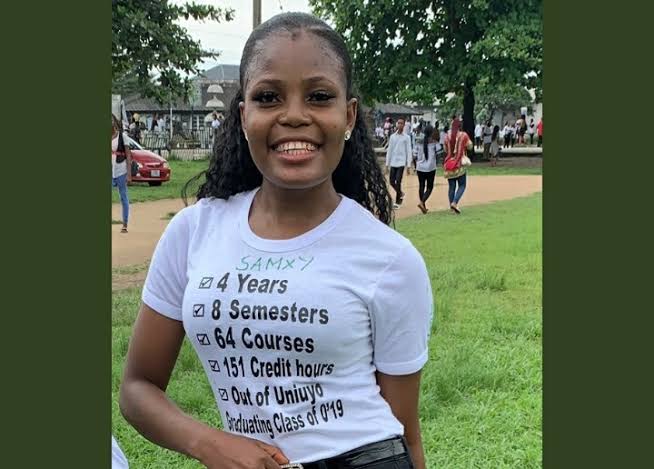 Youths from Nnung Ikono Obio in the Oruan Local Government Area of Akwa Ibom State, yesterday, stormed the family house of Uduak Akpan, the prime suspect in the murder of a jobseeker, Iniubong Umoren, and vandalised it.

It was gathered that the youth took the action after setting ablaze the security post of the one-storey building.

Sources told newsmen that the youth carted away all the properties in the building and took the father of the suspected killer to the police.

“They broke the windows and the glass doors with pebbles and sticks, and carted away everything in the building,” the source said.

Iniubong was allegedly lured, abducted and sexually abused to death by Akpan, who hails from the local government.

The youth explained that their action was predicated on the alleged complicity of Akpan in the murder of the 26-year-old graduate of Philosophy from the University of Uyo.

Speaking with one of our correspondents on the phone, the youth President, Sunday Essien, expressed disappointment at the alleged action of an indigene of the community.

“There is nothing happening apart from what you have already heard. It’s not good for the boy to kill a fellow human being. We don’t know that that was what he had been doing. That is the reason we took this action,” Essien said.

He, however, exonerated the Chairman of the local government council, Mr Iniobong Ekpenyong, saying he played the role of the chief security officer of council by calling the police to arrest the suspect.

Similarly, students of the Faculty of Arts, University of Uyo, who were dressed in black outfits, yesterday, protested against the gruesome murder of Iniubong and demanded that justice be served.

The students walked round the school campus in a solemn procession and called on wife of the state governor, Mrs Martha Udom Emmanuel, to play her motherly role by ensuring that justice was achieved.

The leader of 2015 set of the faculty, Mr Unyime Anietie, vowed to ensure that their colleague’s death would not go in vain after labouring so hard to go through school.

He stated, “Iniubong Umoren did not deserve to die; she didn’t have to die after all the stress she went through in school. We want to appeal to Mrs Martha Emmanuel to use her pet project, Family Empowerment and Youths Re-orientation Path-initiative to ensure that the perpetrators of such act are brought to justice.

“If this is what it will take for rape and all other forms of gender-based violence to end, then we appeal to all stakeholders to see to the end of this case.”