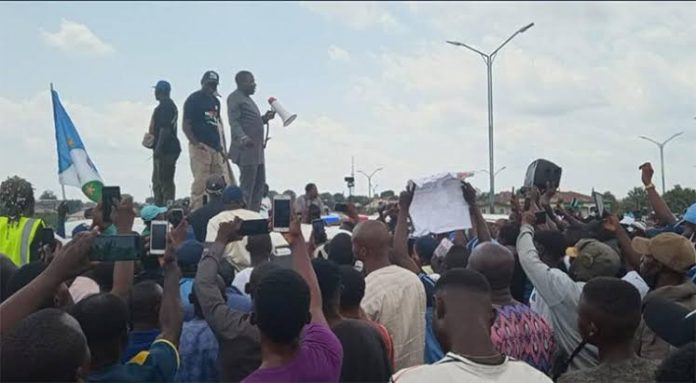 Sunday Adeyemo, a youth leader better known as Igboho, says governors of the south-west have shown their support for the demand of a Yoruba nation.

Igboho, who had earlier declared that the Yoruba are no more part of Nigeria, joined supporters yesterday in Osogbo, Osun state capital, for a pro-Yoruba nation rally.

While addressing the supporters, he said the governors have not openly showed their support over fear that the federal government might stop giving them the monthly allocation.

“I can’t be cowed or intimidated. They said I would be arrested. Who would dare do that? We are no longer part of Nigeria,” he said.

“We won’t have anything to do with them again. There is no election again in Yorubaland until we have a Yoruba nation. Those in authority initially thought we were joking when we demanded an independent Yoruba nation.

“All our governors are with us. From Oyo, Ogun and Ondo to Ekiti, Lagos and Osun, they are supporting us, but they can’t do it openly.

“Allocation they give them in Abuja may stop if they do it openly. So, don’t abuse them again. Governor Gboyega Oyetola was informed I will be in Osun and he allowed us to come here. All our monarchs are with us.