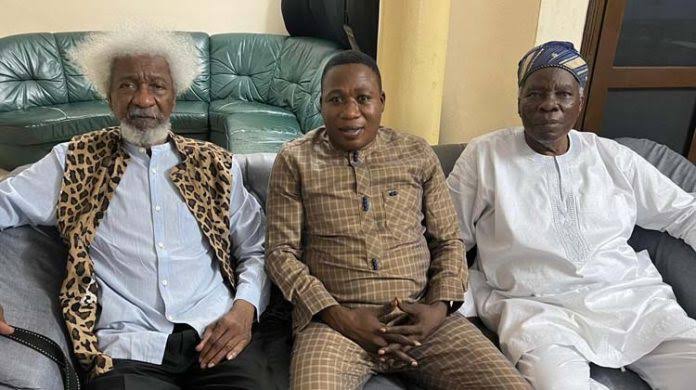 The literary icon was seen at the Seme border around Sunday noon, crossing over to Cotonou, the capital city of Benin Republic.

He was mobbed by a crowd while waiting to complete immigration formalities and was repeatedly asked where he was headed.

His response was that he was on a visit to Sunday Igboho to break the Muslim fast with him.

Reminded that neither he nor Ighoho was a Muslim, Soyinka asserted that it made no difference.

He said he had wished to see Igboho, so as to sympathise with his predicament.