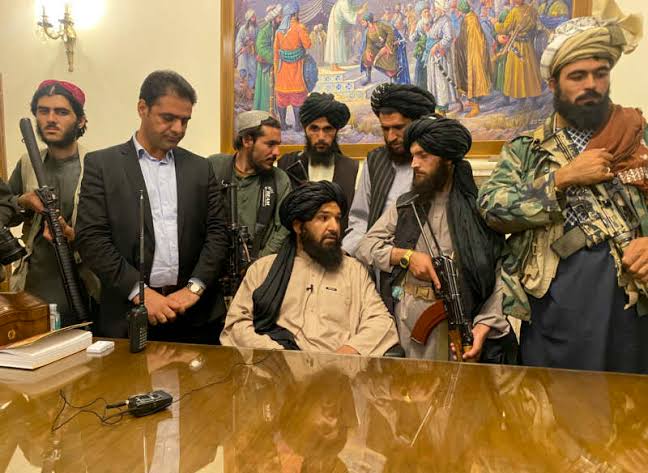 The Taliban has renamed Afghanistan the ‘Islamic Emirate of Afghanistan’ after its fighters swept into the capital, Kabul, a bustling metropolis of six million that has turned into a male-dominated city without police or traffic controls.

Aljazeera reports that scores of Afghans ran alongside a US military plane as it taxied on the runway and several clung to the side as the jet took off with Senior US military officials confirming to Aljazeera that the chaos left seven dead, as well as several who fell from the flight.

According to AP, the Taliban, a militant group that ran the country in the late 1990s, have again taken control.

The US-led invasion of Afghanistan in 2001 ousted the insurgents from power, but they never left.

After they blitzed across the country in recent days, the Western-backed government that has run the country for 20 years collapsed.

CNN reports that hundreds of people poured onto the tarmac at Kabul’s international airport, desperately seeking a route out of Afghanistan on Monday after the Taliban’s sudden seizure of power sparked a chaotic Western withdrawal and brought to a crashing end the United States’ two-decade mission in the country.