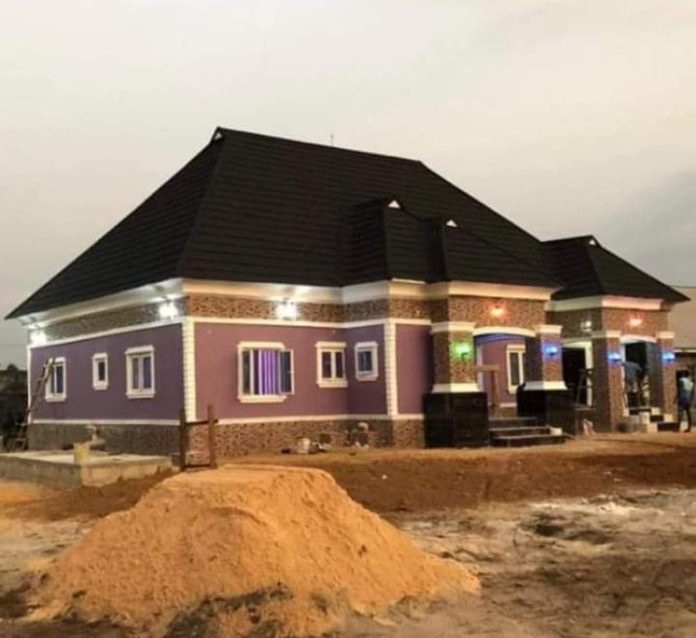 A man who was grappling with accommodation issues has risen above the challenges to impress neighbours with his latest achievement.

He was said to have built a house not too long after being his landlord asked him to leave the apartment.

According to reports, the man was served a quit notice to pack out of the rented apartment in three months.

Instead of being dejected or depressed, he dusted himself and had the greatest comeback no one could have imagined.

A social media user who shared the news, revealed that the man in question, bought a piece of land opposite his landlord’s house and built his new home in just two months.

A photo of the newly-built house was also shared online and it got massive reactions from netizens who were impressed.