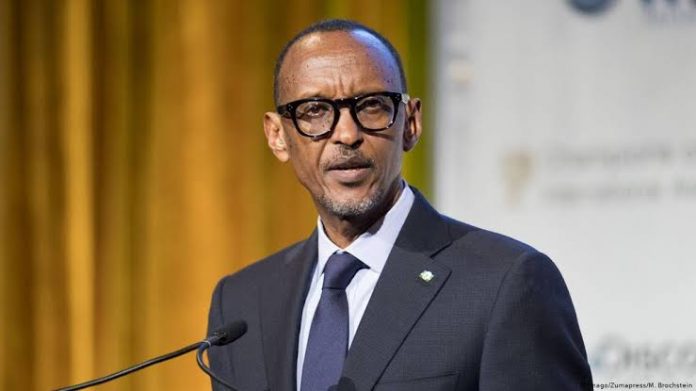 One of the epic stories in recent time is the Hotel Rwanda. This 2004 Hollywood movie has been inspired by the heroic exploits of Paul Rusesabagina, then manager of the Hotel des Mille Collines in central Kigali, where hundreds of Rwandans had taken refuge from the ensuing Rwandan conflict.

A conflict that is now regarded as the 20th century’s worst atrocity, with the brutal slaughter of approximately 800,000 people in the East African nation of Rwanda in 1994, just within few days apart.

Paul Rusesabagina’s exceptional feat of mercy during the Rwandan genocide, has earned him the warmest of adorations all over the world as a result of such a wonderful exploit, including the 2005, United States government’s Presidential Medal of Freedom , which is the highest civilian award in the U.S.

But in a twist of fate, in what has now been pronounced by foreign media and Human Rights Watch as a flawed trial and raw travesty of justice, in a trial which lasted for roughly a year, Rusesabagina has now been convicted of terrorism charges in Rwanda and sentenced to 25 long years in jail on the 21st of September, 2021.

However, one of the highlights of his trials is the ubiquitous role of NSO Group’s Pegasus spyware, which the Rwandan authorities used to target more than 3,500 activists, journalists, civil societies and opposition figures in Rwanda, including Rusesabagina’s families, through which the government has been able to successfully laid its hands on sensitive but confidential information about Rusesabagina, thereby breaching his fundamental right to privacy.

Apart from this, the government has employed same source to intercept series of privileged communications between him and his lawyers, thereby undermining the integrity of the trials.

Instructive, because Nigeria is also a client of the Isreali technology firm, figured in the Saudi Arabia’s linked
tracking and gruesome murder and decapitation of Jamal Khashoggi, inside the Saudi Embassy in Ankara, Turkey in 2018.

Added to this is the way and manner Rusesabagina was abducted with a blind fold, hands and legs tied and detained in an ‘enforced disappearance’ on the 27th of August, 2020 in Dubai.

Needless, to state that, this act has been declared as a grievous crime under the International Convention for the Protection of All Persons from Enforced Disappearance (2010). He would only reappeared in Rwanda on the 31st of August, 2020. Reminiscent of the rendezvous that Nnamdi Kanu would also taste with a bitter after taste few months ago.

Perhaps, depending on what is likely to take place in the next few days after this verdict, Rusesabagina might likely become a tragic hero, who after saving up to a thousand of Rwandans and earned several laurels and has fled his country after the 1994 genocide ,citing dangerous threat to his life as the reason.

And while in exile, has become a fierce face of the opposition to the emerging government of Paul Kagame in Rwanda, lethal enough to warrant an excessive overbearing conspiracy of the government to enclose him under its dragnets until he was abducted from his Dubai’s sanctuary in 2020 and returned back to Rwanda blinded, bound and
bloodied.