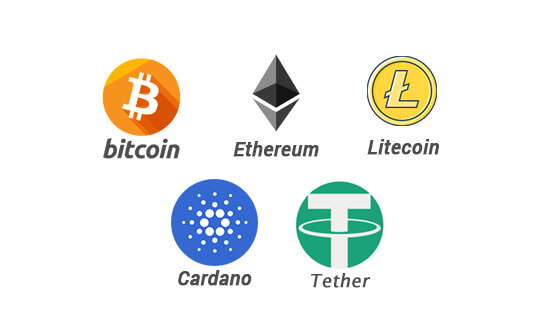 The cryptocurrency space in the month of July 2022, saw it post a bullish performance for the first time since March 2022. This comes as a recovery from June 2022, which was one of the worst market monthly performances as the space traded at levels not seen since November 2020. In July, the market ended the month reclaiming the trillion-dollar status it lost in June.

The altcoin market experienced similar bullishness, gaining 28.47% in June, from approximately $495 billion to currently stand at $636 billion at the end of the month, above the $500 billion mark. During the month of June, we saw the altcoin market capitalization trade as low as $340 billion.

Highlights for the month of July

The month started with Crypto lending platform Celsius laying off some 150 employees as it battles a financial crisis that saw the platform halt customer withdrawals last month, Calcalist reported over the weekend. After this, we got wind that the firm repaid a substantial amount of its outstanding debt to Maker (MKR) protocol since the start of July, signalling that the platform is doing all it can to stave off a complete collapse amid credible rumours of insolvency.

Since July 1, Celsius has repaid $142.8 million worth of Dai (DAI) stablecoins, a stablecoin pegged to the U.S. Dollar, across four separate transactions, according to data from DeFi Explorer. The crypto lender still has $82 million in outstanding debt owed to Maker. Out of $1.8 billion in lifetime investments, the firm’s losses currently stand at $667.2 million, down approximately 63%.

Top 5 Cryptocurrencies To Watch In August 2022

After this, according to data from an edition of CoinShares’ “Digital Asset Fund Flows” report, there was $64 million worth of inflows for digital asset products between June 27 and July 1, with short BTC funds representing 80% of that figure.

Also in July, research by Nairametrics revealed that away from the price and the allure of market valuation, which are both already very beaten down, we saw that data provided by DeFi Llama reveal that the Decentralize Finance (DeFi) ecosystem lost 68.13% representing $155.79 billion in Total Value Locked (TVL) in the second quarter of 2022.

After this, an SEC filing revealed that Tesla, the world’s most capitalized electric vehicle maker, ran by the world’s richest man and former Bitcoin fan, Elon Musk, announced in its second quarter 2022 report that it sold most of its Bitcoin (BTC) holdings in the second quarter of the year. Its financial report reads that, “As of the end of Q2, we have converted approximately 75% of our Bitcoin purchases into fiat currency. Conversions in Q2 added $936M of cash to our balance sheet.”

To conclude the bullish month, Ether, the native token of the Ethereum blockchain is leading the end-of-month rally in the cryptocurrency space as it rallied above $1,700 as a result of an announcement by Ethereum developers, who announced the date of the Ethereum test network “Goerli” undergo a beacon chain merger. This merger is the last testnet proof-of-stake transition which is to occur at the beginning of August before the official Merge slated for sometime in September.

With the current bullish trend seen in the market, here is a look at 5 cryptocurrencies investors should watch out for in August 2022:

Bitcoin has responded strongly to the Federal Reserve 75 basis point rate hike last week, with BTC closing up 5.7% on the week. It has also responded positively to the FOMC announcement as Chairman Powell indicated that the current target Fed Funds rate at 2.25% to 2.5% was now considered neutral, and eyes were on developing data on economic slow-down.

On-chain expert, William Clemente, suggested in a tweet that Bitcoin’s bottom may have been set in July. He stated, “The Puell Multiple remains one of the most reliable macro bottoming signals for Bitcoin. This is likely because it is deeply rooted in first principles thinking around miner profitability.” He went further to list the times that the indicator was accurate and stated that the indicator has painted another bottom signal in July 2022.

A Glassnode report concluded that “under the surface, on-chain transactional demand remains lackluster at best, and this rally has not yet seen a convincing follow through in observable demand activity. The net result is that Bitcoin blocks are partially empty, Ethereum gas prices are at multi-year lows, and the rate of EIP1559 burning is at all-time-lows.

“Of course, on-chain activity is only part of the picture, and early signs of SOPR profitability returning are encouraging. Attention can now shift to whether these uptrends can be sustained and improve, as a gauge for whether this is simple bear market relief, or a more constructive structural shift.”

Cardano is one of the biggest blockchains to successfully use a proof-of-stake consensus mechanism, which is less energy intensive than the proof-of-work algorithm relied upon by Bitcoin. Although the much larger Ethereum is going to be upgrading to PoS, this transition is only going to take place gradually.

Cardano has so far, proven to be what it promised to be. The network, as of the time of this writing, currently leads Ethereum blockchains in terms of transaction volume in the last 24 hours. This has been the trend for the past 4 months as the blockchain offers significantly less transaction fees than Bitcoin and Ethereum.

However, during the month of July, Input Output Hong Kong (IOHK), the blockchain engineering firm behind the Cardano network, released another disappointing news, announcing another delay to the long-awaited Vasil upgrade. The Vasil upgrade is set to provide a “massive performance improvement to Cardano” and its smart contract capabilities, according to Cardano co-founder Charles Hoskinson. It was previously slated to go through on June 29 and then slated for the last week in July. However, the latest estimate is now set for sometime in August.

In the digital assets space, Ethereum remains the largest smart contract platform, hosting a plethora of financial products, innovation, and automation, with varying degrees of decentralization (generally referred to as DeFi).

The Ethereum Blockchain’s co-founder and main developer, Vitalik Buterin, stated at the annual Ethereum Community Conference (EthCC) in Paris, that after “The Merge,” which is tentatively slated for the 19th of September 2022, there are four additional stages, in which he explained that after their completion, the Ethereum blockchain will be able to process 100,000 transactions per second (TPS).

To put this into perspective, at Ethereum’s current capacity, it can only process 13 TPS. This is a 769,000% growth in the network’s transaction speed. Compared to other Blockchains in the top 100, Ethereum will become one of the fastest blockchains as it topples the likes of Binance Chain, Solana, Ripple, Algorand, Fantom, Cosmos, Avalanche and Cardano.

After the Merge upgrade, which will be Ethereum’s blockchain’s full transition into a Proof-of-Stake (PoS) consensus mechanism from the Proof-of-Work (PoW) consensus mechanism, Vitalik stated that there will be four other stages namely; The Surge, the Verge, The Purge and The Splurge.

Ether has led the charge in July and overtaking Bitcoin in some key statistics. Ether has overtaken the industry leader, bitcoin, in the options market for the first time on record. The cumulative dollar value of ether options contracts open on Deribit, one of the world’s largest crypto options trading exchanges, stands at $5.7 billion, representing 32% of the total contracts. This is higher than the $4.3 billion locked in open bitcoin options trades.

Solana is also termed an Ethereum competitor, operating on a PoS, similar to Cardano’s blockchain. It is unique because the platform touts to improve its scalability by introducing a proof-of-history (PoH) consensus combined with the underlying proof-of-stake (PoS) consensus of the blockchain.

The average number of daily transactions atop the Solana blockchain plunged by 17.6% in Q2/2022 versus the previous quarter, according to data from Messari. Also, to consider, Solana’s revenue dropped 44.4% quarter-on-quarter (also because of recurring network outages). The blockchain made $6.4 million in Q2 2022 from $11.6 million in Q1. According to James Trautman, a researcher at Messari, He explained that “As seen in 2021 and throughout Q1 and Q2, degraded network performance decreases network usage and reduces the network’s continued flow of revenue. If Solana were to continue to experience degraded performance that lasts for a material amount of time, a resulting drag on fundamental usage may catalyze volatility and drag on network value.”

XRP is the native token of the XRP Ledger and can be used as a currency to transact on the platform and other supported platforms.

Ripple is still dealing with the case with the United States Securities and Exchange Commission (SEC). In December of 2020, the SEC charged Ripple with allegations stating that its executives sold $1.3 billion worth of XRP in an unregistered securities offering. Ripple objected to the claims, saying that XRP should not be considered a security.

Despite dealing with the case, Singapore-based institutional digital payment solution provider FOMO Pay has become the latest fintech firm to integrate Ripple’s liquidity solution called on-demand liquidity (ODL). Ripple’s ODL service has gained a lot of popularity in the private banking and payment sector. The enterprise solution uses Ripple (XRP) as a bridge between two currencies, eliminating pre-funding of destination accounts and reducing operational costs. The tech has proven a great success in Asia, where cross-border transactions are among the highest.

Ripple’s payment technology has been key to its success despite the long-running lawsuit in the U.S over the unregistered sale of XRP. In the latest development of the case, the U.S. Securities and Exchange Commission (SEC) attempted to block XRP holders from aiding in Ripple’s defense and prohibit attorney John E. Deaton from any further participation in proceedings.

The key executives of Ripple, including CEO Brad Garlighouse, have maintained that they are confident of a positive outcome of the lawsuit. However, the blockchain firm has seen a great demand and adoption for its crypto-based cross-border remittance and liquidity solution.