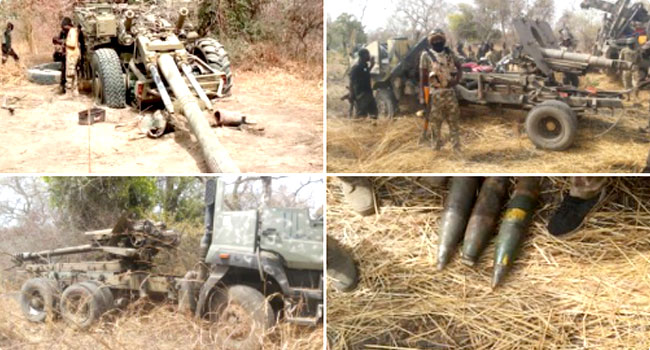 In December 2016, the army announced the successful take-over of ‎Camp Zairo, ‎the strongest enclave of Boko Haram in Sambisa forest.

The flag of Boko Haram that was recovered from the enclave was handed over to President Muhammadu Buhari by the army.

But Abubakar Shekau, the late Boko Haram leader, had refuted the army’s claim and said the insurgents had not been flushed out.

In a statement on Friday, Bernard Onyeuko, director of defence media operations, said the troops also seized weapons from the insurgents.

Onyeuko said the feat was achieved on Thursday in a special operation codenamed “operation desert sanity”.

He said the insurgents fled the camp, leaving their weapons behind, adding that the operation was a major setback to the insurgents.