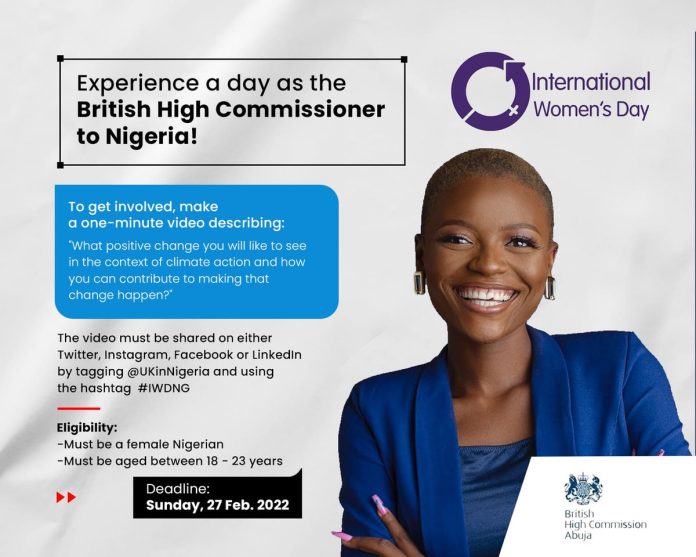 In a statement yesterday, the high commission said the competition is to celebrate International Women’s Day which will be marked on March 8.

The competition is for young Nigerian women between the ages of 18 and 23.

According to the UK, the winner will be given an opportunity to work/shadow the British high commissioner for a day and will gain some insights into what it is like to be a leader.

Applicants are expected to record and upload a one-minute video describing “what positive change they would like to see in the context of climate action and how they can contribute to making that change happen”?

“To mark International Women’s Day on the 8th March 2022, and in the year of Her Majesty the Queen’s Platinum Jubilee, the British High Commission in Nigeria is offering Nigerian young women aged between 18 to 23 the opportunity to be High Commissioner for a day,” the statement reads.

“The theme of this year’s International Women’s Day is ‘Equality today for a sustainable tomorrow’, which is why this competition is aimed at encouraging young women to become leaders and advocates for change.”