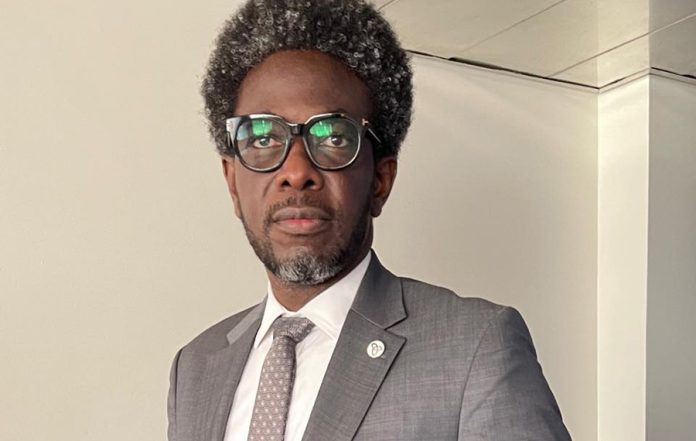 TAJ Bank Limited recently launched an N100 billion Capital Mudarabah Sukuk Bond (in series), starting with N10 billion. The offer, which opened on September 20, 2022, is billed to close on October 28, 2022.

To help our audience better understand Sukuk Bonds as an investment option, Nairametrics decided to use TAJ Bank’s Sukuk Bond offer as an example. To that end, we spoke to Kenneth Ero of Greenwich Merchant Bank Limited, the lead issuing House for the offer.

Before we get to what he has to say, do note that TAJ Bank Limited is a licensed non-interest national bank. It commenced operations on December 2, 2019, initially as a regional bank before transforming into a national bank.

Nairametrics: What is Sukuk to an Investor?
Kenneth Ero: Sukuk is an investment certificate that represents the ownership of the holder in an asset or pool of assets and or a Project/Business entity. The certificate holder is entitled to receive a Return/Profit.

Nairametrics: How would you rate it against FG Sukuk and conventional corporate bonds such as MTNN Bond?

Kenneth Ero: The Taj Sukuk Issuance Programme SPV Plc, sponsored by TAJBank is different from the typical Ijarah bond-like Sukuk that the market is familiar with. It is hybrid and has elements of debt and equity.

Nairametrics: How would you rate the TAJBank Sukuk against other assets such as stocks in terms of the proposed return amid the rising inflation rate, currently at 20.95%?

Kenneth Ero: The Profit Equalization Reserve (PER) Account wherein a percentage of excess profit will be kept as a reserve for profit payment during periods of shortfall tends to smoothen the return profile of the Sukuk and reduces the volatility of returns over the investment horizon compared to stocks which do not have this feature embedded in them.

Nairametrics: Conventional bond yields are significantly affected by monetary policy, specifically interest rates. What would be the impact of interest rates on the TAJ Bank Sukuk bond and being a perpetual bond callable after 5 years, how would investors be protected against reinvestment risk that would arise from that call feature?

Kenneth Ero: Movement of interest rates as with any other bank will affect the business of TAJBank. Rates on financing activities of non-interest banks are fixed in nature as they are not allowed to re-price during the tenor of a transaction. Also, investors typically price instruments including Sukuk off market benchmark interest rates hence the decisions taken by investors in the Taj Sukuk would have been taken from an informed position.

Why Investors May Prefer Sukuk To Conventional Interest Bonds- Expert

At the call date, the Mudarabah assets shall be redeemed at the fair market value of the assets, hence investors may benefit from the upside potentials of the Sukuk asset which will compensate for any reinvestment risk that may emanate from the call option should the issuer decide to exercise that option when it falls due.

Nairametrics: We understand that, unlike conventional interest bonds, Sukuk is backed by or based on some well-defined underlying assets and projects with commercial value, would it then have that inverse relationship between price and yield just like the conventional bonds?
Kenneth Ero: The Mudarabah Sukuk is not a bond and the pricing mechanism is different. But, just like Conventional Bonds, Sukuk can also be priced based on Yield to Maturity (YTM).

Kenneth Ero: The Taj Sukuk Issuance Programme SPV Plc, sponsored by TAJBank is different from the typical Ijarah bond-like Sukuk that the market is familiar with. It is hybrid and has elements of debt and equity as earlier mentioned.

The TAJBank Sukuk is based on Mudarabah principles wherein investors (Rab-al -maal) injects capital and the manager (Mudarib) manages the venture only which must be sharia-compliant.

The proceeds will be co-mingled with the bank’s assets and utilized in the regular business of the bank to earn a targeted profit amount that is attainable. A profit-sharing ratio has been agreed upon between the Mudarib and the Rab-al-maal and the portion that comes to the Sukuk holders is projected at 15%.

Nairametrics: Why should an investor prefer it to the conventional interest bond, with reference to the Taj Bank Sukuk features that are being issued now?

The investors in Sukuk are entitled to an appreciation/value of the Sukuk assets upon maturity or on the call date.

Nairametrics: Going by the sharing formula (75%:25%) of the projected 15%, what is the likely risk-return variability?

Kenneth Ero: What this means is that the Minimum projected profit to the Sukukholders is 15%. The bank will establish a Profit Equalization Reserve (PER) Account where a percentage of excess profit will be kept as a reserve for profit payment during periods of a shortfall.

When the projected profit is less than the actual profit made in a particular year, the bank shall utilize the Profit Equalization Reserve to make payments to the Sukukholders to cover the shortfall. This mechanism tends to smoothen the return profile of the Sukuk over the investment horizon.

Nairametrics: With the embedded call option, one would have expected a higher projected profit return, how did you arrive at that projected 15% return being the first private Sukuk in Issuance?

Nairametrics: We understand the proceeds would be used to support the Bank’s Tier-1 Capital adequacy as well as General corporate businesses. Does it mean the bank’s capital adequacy ratio is not up to the required standards, what is the position?
Kenneth Ero: The proceeds of the Sukuk shall constitute Additional Tier 1 capital of the bank and shall be utilized in the general business activity of the bank. The bank is well-capitalized and currently has a CAR of 18% which is far above the regulatory minimum of 10% for National Non-Interest Banks.

Nairametrics: What is the capital structure and risk (beta) of TAJ Bank now?
Kenneth Ero: TAJBank currently has zero debt and is wholly financed by 100% equity

Nairametrics: How would you rate the Sukuk Bond Market?

Kenneth Ero: The Sukuk market in Nigeria is a growing market going by the number of issuances year on year. The market has experienced significant growth in issuances both from sub-sovereign and corporate entities over the years.

However, there still exists room for growth in the issuance of other types of Sukuks (Green Sukuk) and the Tradability of Sukuk in the Secondary Market. Currently, there have been Sovereign, Sub-sovereign and Corporate Sukuk issued within the Nigerian market.