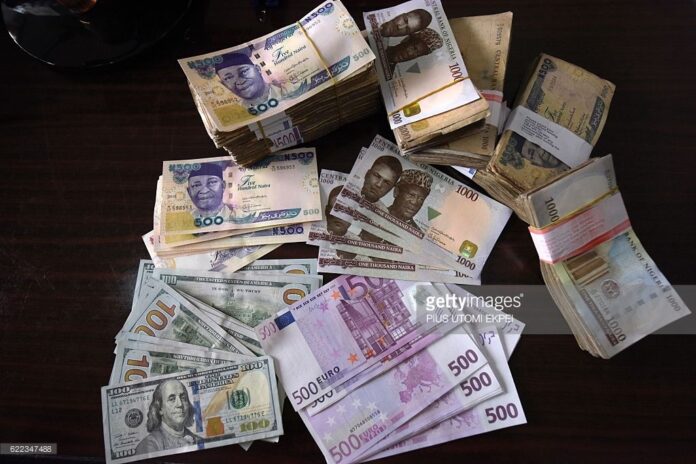 The Central Bank of Nigeria is liable for the local currency of Nigeria popularly referred to as the naira. The naira is IOU in nature. It never matures and it doesn’t pay interest.

Like every other nation, Africa’s largest economy has a fiat currency that can be used for local market transactions. The CBN can maintain, raise, or decrease fiat value in this way, for their objectives. For example, they can alter credit limits and interest rates. This control can help the majority of consumers a lot when used properly.

The naira is fiat currency and it is released by an independent government agency, which is a component of the Nigerian executive branch. Nevertheless, the CBN governor, Mr. Godwin Emefiele, controls its daily operations rather than the president of Nigeria.

All financial institutions that accept deposits are licensed by the Central Bank of Nigeria, such as universal banks, microfinance banks, non-interest banks, and primary mortgage institutions, are covered by the Nigeria Deposit Insurance Corporation (NDIC).

Moving forward, the value of stablecoins like tether, USDC, and Binance USD has increased dramatically amid the growing use of digital assets. Stablecoins operate on the same blockchain-based online ledger technology as other crypto-assets. The distinction is that their value is directly correlated to a non-cryptographic financial instrument, often the US dollar.

The market’s assumption that USDC is “secure” while USDT is dangerous appears to be the cause of the mismatch. The UST algorithmic stablecoin crisis in May caused the cryptocurrency markets to collapse, prompting a flight to what is regarded as “safety” in the cryptosphere.

No government support
Cryptocurrency marketplaces, like conventional financial markets, use safe assets as means of exchange, collateral, and a haven during turbulent times.

Private money in the form of stablecoins have little or no regulatory oversight. The decentralized concept of crypto assets and the fact that such a significant portion of the market is centralized are incompatible philosophically. In addition, there are significant doubts regarding these organizations’ ability to sustain the 1:1 fiat ratios of their stablecoins in the event of a crisis.

Regulators are undoubtedly concerned about stablecoin stability. There is a chance that they could constitute a systemic risk, not to mention the risk that a significant amount of economic power could wind up concentrated in the hands of one supplier, according to a US report released a few days ago by the President’s Working Group on Financial Markets.

Tether was fined US$41 million by the US Commodity Futures Trading Commission in October for making the claim that it was fully backed by fiat money between 2016 and 2019. Andrew Bailey, governor of the Bank of England, stated in June that the institution was still determining how to regulate stablecoins but that there were some “tough questions” to be addressed.

Not so stable
USDT and other fractionally reserved stablecoins are useful as trading tools but are viewed with suspicion as value repositories. Additionally, algorithmic stablecoins appear to be mostly employed as a risky loan product with large yields.

The secure asset (USDC) then trades at a premium and the hazardous asset (USDT) at a discount as the pegs collapse. We briefly observed their genuine pricing when both de-pegged on May 12 before the automated wash trading practices used by both issuers brought them back in line with their pegs. However, despite the bots’ best efforts, USDC and USDT are still trading at a minor premium and a slight discount, respectively, which reflects ongoing market turbulence.

Many crypto investors convince themselves that USDC is equivalent to one US dollar. The fact that USDC typically trades above its peg only serves to highlight the reality that USDC is more useful and liquid than USD on crypto markets. A USDC token is essentially equivalent to a dollar.