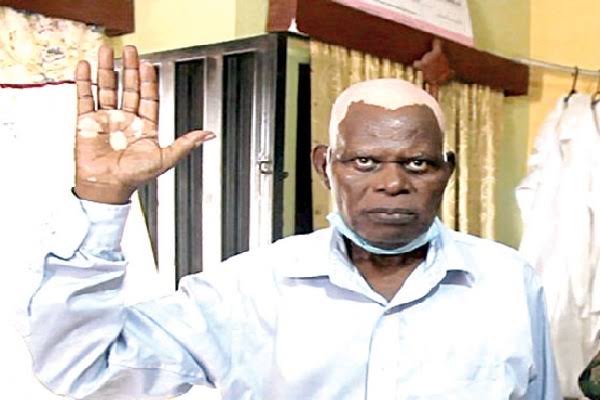 Oluwole Adetiran, the man who composed the National Youth Service Corps (NYSC) anthem, has died. He was 74.

The Celestial Church of Christ (CCC) announced Adetiran’s death in a statement on Friday.

According to Joseph Ogunremi, chairman of the church’s central choir, he died after a prolonged illness.

Ogunremi said details of his burial would be announced in due course.

“With heavy heart and gratitude to God, we announce the demise of the central choir music director, Asst. Ven Sup. evangelist Oluwole Adetiran today, Friday 6th May 2022 after a prolonged illness. May his soul rest in peace,” he said.

“Funeral details will be announced in due course. I, Joseph Oluranti Ogunremi, chairman central choir, on behalf of all celestial choir worldwide appeal to parochial secretaries of all celestial parishes worldwide to please observe one minute silence during parishes announcement on Sunday 8th May 2022 and also pray for the family of the deceased.”

Adetiran had composed the popular NYSC anthem in 1984 while serving at The Polytechnic, Ibadan.

In July last year, he revealed how he came about the anthem when Shuaibu Ibrahim, the NYSC director-general (DG), visited him.

“I was the leader of an NYSC group called ‘the anthem group’ and the then chief inspector saddled us with the responsibility of composing an anthem for the NYSC,” he had said.

“I went home and spent quality time to compose the anthem to the admiration of all and I still have the manuscripts till today.”

Listen to the NYSC anthem below: