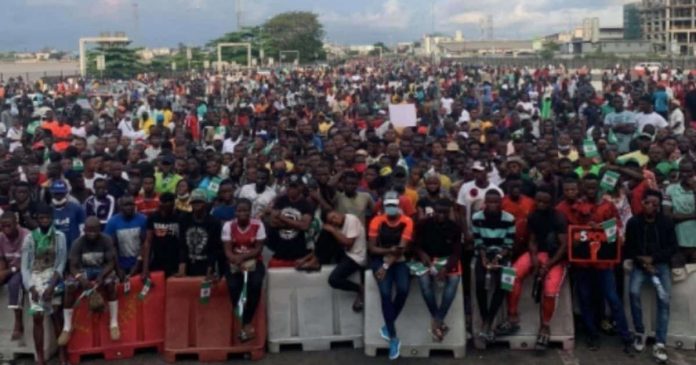 Lekki massacre: Culpable elements will be barred from US — Foreign Mission

The United States Government may impose a visa restriction on persons found culpable in the shooting of unarmed #EndSARS protesters at the Lekki Toll Plaza in Lagos on Tuesday.

Soldiers deployed to quell the protests had opened fire on protesters. While the Defence headquarters has denied deploying soldiers in the Lekki Toll Plaza, Governor Babajide Sanwo-Olu insisted the military carried out the shooting on the peaceful protesters at the toll plaza.

Although the casualty figure remains a subject of controversy, global rights group, Amnesty International, says 12 persons were killed in the incident.

An enquiry email sent to the US Foreign Mission to Nigeria on whether those found wanting in the shootings would be banned from visiting the US was replied by the embassy. It states, “We stand by Secretary Pompeo’s statement of October 8, 2020: Adherence to these democratic norms and to the rule of law allows all citizens to engage in political dialogue and support their choice of candidates, parties, and platforms.

“We will watch closely the actions of individuals who interfere in the democratic process and will not hesitate to consider consequences – including visa restrictions.”

Earlier, senior officials of the United States Government on Thursday met with Vice-President Yemi Osinbajo and expressed displeasure over the shootings.

Although the Nigerian Army had denied deploying soldiers to the scene, the US officials demanded that the soldiers behind the shootings be brought to justice.

The officials, according to the statement, raised concerns over the ongoing violence in Nigeria as well as human rights violations and human trafficking.

The Nigerian Army had on Wednesday denied that soldiers were at the toll plaza despite eyewitnesses’ accounts and video evidence showing soldiers shooting.