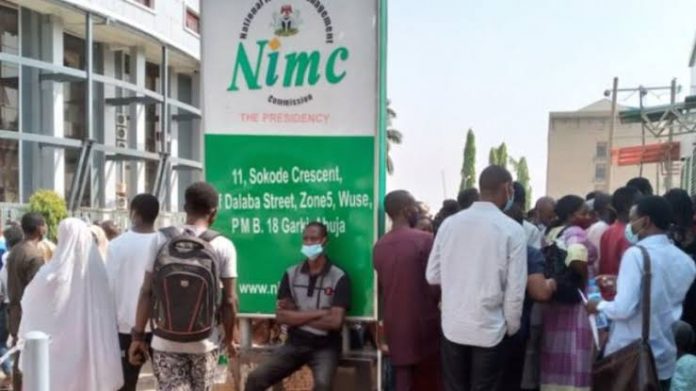 The development comes in the wake of TheCable’s (an online newspaper) investigation on how Nigerians are being extorted at various NIN registration centers across the country.

It was reported that enrolees were being charged as high as N8,000 to get their NIN.

Reacting yesterday, Kayode Adegoke, NIMC spokesman, said the commission recently suspended some staff and terminated a few others involved in acts of extortion. 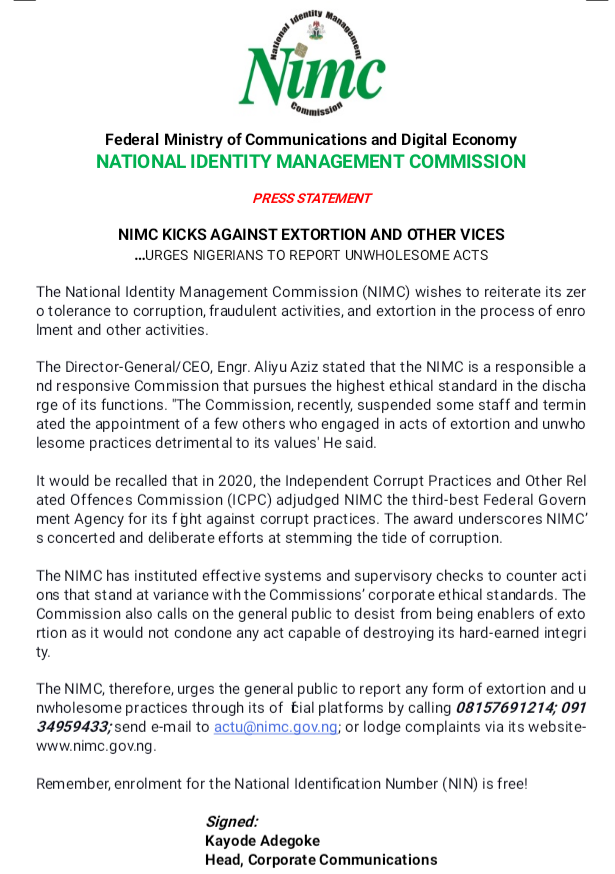 Aliyu Aziz, NIMC director-general, was quoted as saying the commission will promptly deal with persons involved in acts of “unwholesome practices detrimental to its values”.

The NIMC also urged Nigerians to report any form of extortion through its official platforms.