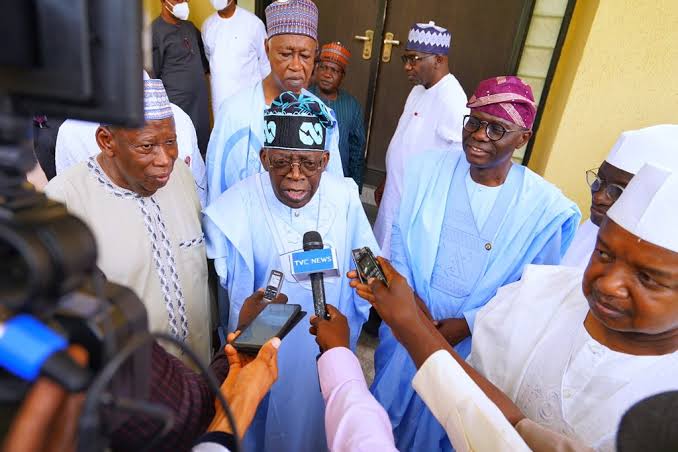 The Nigeria Diaspora for Asiwaju (NDA) has refuted social media reports alleging that Sen. Bola Tinubu, leader of the All Progressives Congress (APC) is set to defect to the Social Democratic Party (SDP).

Dr Akin Badeji, Director-General, NDA, in a statement on Tuesday in Abuja, said the two-term former governor of Lagos State has no such plan.

He said that Tinubu remained the national leader of the APC and was focused on his consultation across the country to seek support from Nigerians and critical stakeholders of the party, ahead of 2023 poll.

“The attention of NDA has been drawn to an unsubstantiated report making the rounds on social media that Asiwaju Bola Tinubu, leader of the APC is set to join the Social Democratic Party (SDP).

“The news report is fake, baseless and should be regarded as such. It is nothing but an imagination of those who planted it,” the NDA Director-General said.

He, therefore, appealed to Nigerians and APC members especially to ignore the fake news on steroids.

He called on Nigerians to continue to support the APC and the presidential ambition of Tinubu, saying he was the right man to succeed President Muhammadu Buhari in 2023 after the completion of his tenure.