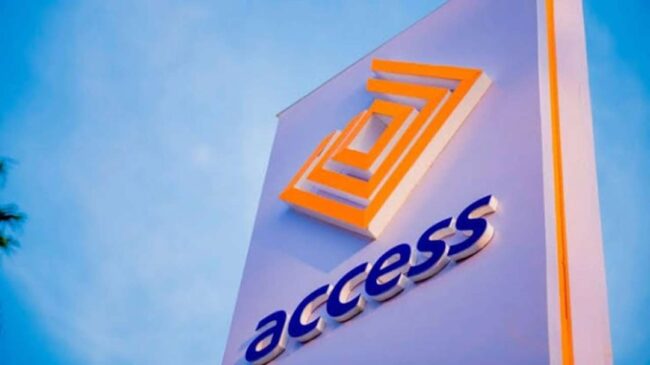 Access Bank Plc is headed to a historic record as Nigeria’s first bank to hit the N1 trillion mark in gross earnings this year.

The nation’s largest banking institution with a balance sheet size of over N13 trillion at half year looks quite good to convert 9 percent of assets into revenue at full year.

The bank’s audited earnings report for half year ended June 2022 shows revenue standing even across the two quarters at roughly N296 billion per quarter and a strong year-on-year growth record of 31.3 percent.

It closed the half year operations with gross earnings of almost N592 billion, more than 62 percent of the closing revenue figure in 2021. With a stronger revenue expectation in the second half as per the bank’s earnings pattern, Access Bank shows good prospects for registering gross income in the region of N1.2 trillion at the end of 2022.

The bank took over the status of Nigeria’s largest revenue-generating commercial banking institution in 2019 and is presently steering the strongest growth in the top line since 2016.

The strength the bank is garnering in revenue growth is however missing on the profit front. After tax profit trimmed from N57.4 billion in the first quarter to N31.3 billion in the second, adding up to N88.7 billion at half year.

The inability to convert growing revenue into profit is explained by rising costs, which shrank margins. Leading cost increases are interest expenses, which rose close to three times ahead of interest earnings at half year.

At about N175 billion at the end of June, interest expenses grew by 46 percent year-on-year compared to 16 percent increase in interest income — which closed at N372 billion for the period. This is a slowdown both in interest expenses and income from 73 percent and 21 percent respectively in the first quarter.

While interest earnings grew by N52.6 billion at half year, interest expenses rose by over N55 billion over the period. The result is a slight decline in net interest income to N197.5 billion for the half year.

Another key expense line of the bank that weakened profit performance is net loan impairment charge, which grew by 28.6 percent to almost N37 billion. It claimed 18.7 percent of net interest income compared to 14.3 percent in the same period last year.

The incursion compressed the bank’s income net of the impairment charge, leading to a decline of 6 percent to N160.6 billion at half year.

Total operating cost grew ahead of gross earnings at 35 percent to N257 billion at half year compared to 31 percent. The operating cost margin increased from 42 percent in the same period in 2021 to 43.4 percent in June 2022.

The cost increases consumed almost all the revenue gains the bank made at half year, leaving pre-tax profit flat at N97.8 billion. The ability to make a slight improvement in after tax profit came from a 14 percent drop in tax expenses to N9 billion.

After tax profit closed 2.2 percent up at N88.7 billion for the six months of trading, a slowdown from 9 percent growth recorded in the first quarter.

The bank’s non-interest earnings continue to show an unstable pattern of rise and fall. An exceptional growth in net foreign exchange gains that led revenue growth in the first quarter succumbed to a drop of 22.5 percent at half year, as exchange losses ruled the stage in the second quarter.