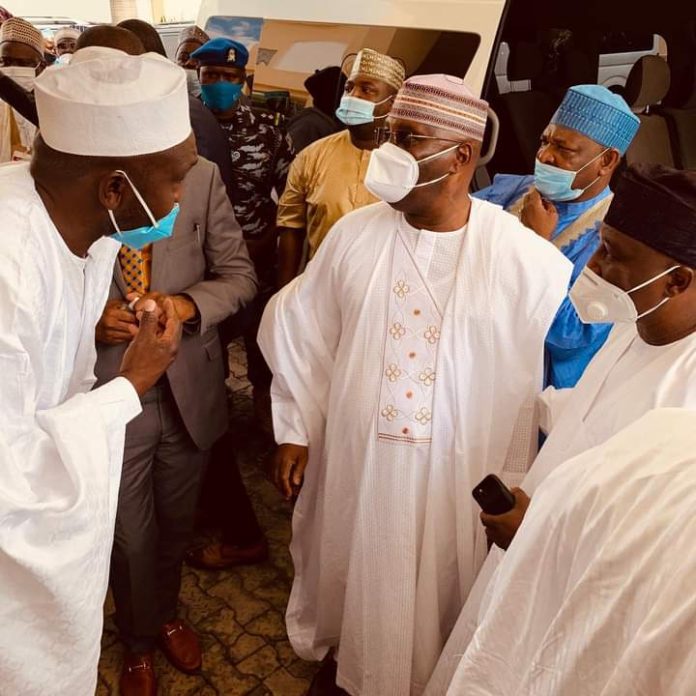 A few hours after the Peoples Democratic Party, PDP, commenced sales of nomination and expression of interest forms for the 2023 general elections, a group, the North East Business Forum, has obtained the forms for former Vice President, Atiku Abubakar.

Presenting the forms to Atiku at his Abuja residence, chairman of the North-East Business Forum, Dalhatu Funakaya said the group has ultimate trust in the ability of Atiku to reposition the country on the path to prosperity.

According to Funakaya, the group pleaded with the former Vice President to vie for the Office of the President last year noting that they decided to walk their talk by obtaining the nomination forms for him.

“We made a pledge in Gombe in November 2021 and we called on him to contest and pledged to purchase nomination form for him.”

He added that having done its part, the group is hopeful the former Vice President will formally declare to contest the 2023 Presidential election on the platform of the PDP.

In his response, Atiku called on Nigerians to remain united to address the litany of challenges facing the country.