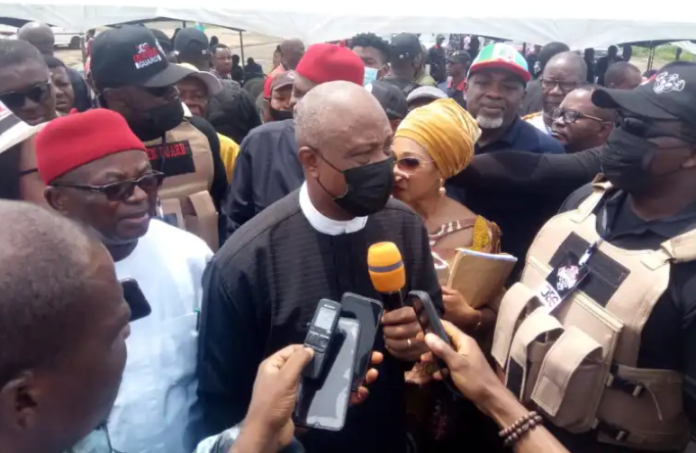 A high court in Abia state has nullified the election of Ikechi Emenike as the governorship candidate of the All Progressives Congress (APC).

Prior to the ruling on Thursday, the APC had declared Emenike as the winner of the governorship primary.

In the suit instituted by Chinedum Nwole and two others, the court declared that Emenike lacks the locus standi to contest the election because he had earlier been suspended from the party, PUNCH reports.

The judge ruled that both Emenike and Donatus Nwakpa, Abia APC chairman, breached article 9.3 of the APC constitution by taking part in the primary.

According to the judge, their participation in the ward, local council, state and national conventions of the party was illegal.

“That order of injunction is hereby made restraining the first defendant from parading, dignifying and or posturing himself as a legitimate member of APC during the subsisting of his suspension from the party as prescribed by the constitution.”

Consequently, the judge directed the national working committee (NWC) of the party to desist from having further dealing with the duo.