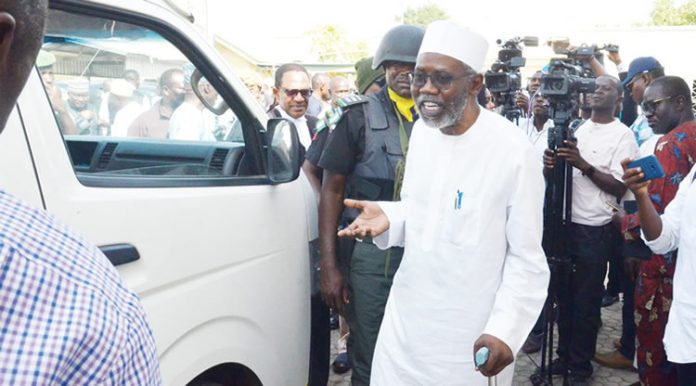 A federal high court in Abuja has granted permission to Mohammed Adoke, former attorney-general of the federation (AGF), to travel to the USA for medical examination.

In his application dated February 24, Adoke stated that he had a scheduled medical appointment in the US.

Through his counsel, Kanu Agabi, he prayed the court for an order “directing the release of his international passport” which was deposited as part of his bail conditions to enable him process his “medical visa for entry into the USA to honour a scheduled medical appointment for lumbar spondylosis at the Spine Institute, Euclid Avenue, Cleveland Hospital, Ohio, USA”.

Ofem Uket, counsel to the Economic and Financial Crimes Commission (EFCC), and Emmanuel Olafusi, counsel to Aliyu Abubakar, the second defendant, did not oppose the application.

In a ruling yesterday, Inyang Ekwo, the presiding judge, ordered the release of Adoke’s international passport to enable him process his visa.

He also ordered Adoke to return the passport within three days of his return to the country.

Ekwo adjourned the matter till March 7 for continuation of trial.