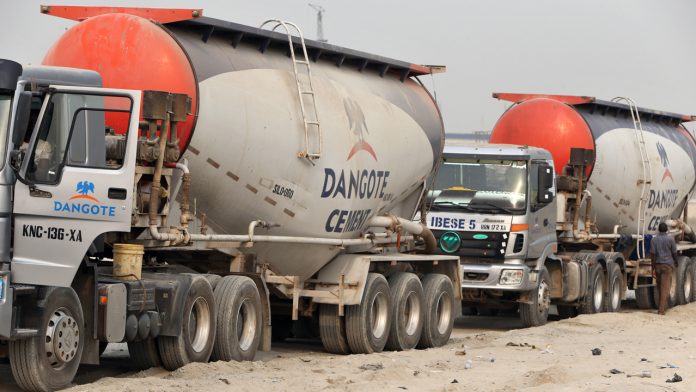 Shareholders of Dangote Cement Plc have commended the Management of the company for an impressive performance in 2021 financial year despite the economic challenges.

They also approved the N20 per share dividend proposed by the Directors for the year ended December 31, 2021, up from the N16 paid in the preceding year.

These were part of the positions reached at the 13th Annual General Meeting (AGM) held in Lagos where the shareholders noted the company’s efforts in reducing unclaimed dividend.

Dangote Cement, in a statement made available to Vanguard, stated that in 2021 it achieved its highest profit before tax at N538.4 billion.

The statement reads in part, “the Company recorded Group volumes of 29.3Mta, up 13.8 per cent. Exceptional EBITDA of N684.6 billion was achieved, up by 43.2 per cent owing to strong cost control measures.”

The statement quoting the Chairman of the Company, Aliko Dangote, saying “Over the last decade, Dangote Cement has recorded exponential growth across all areas.”

According to him, Group volumes are now at almost 30Mta, our capacity has tripled to 51.6Mta and we export cement from five countries across Africa. “As the volatile global environment propels us into a new era of uncertainties, we are fortunate that the last two years have taught us resilience, adaptability and grit. These values are what we need to face unpredictable times in the future.”