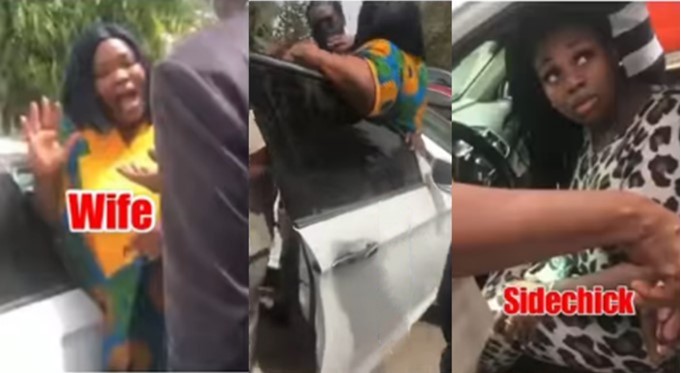 An alleged video of Governor Uzodinma’s Daughter, Sandra Nkechi as she clashes with her husband’s side chic in Abuja has surfaced on the internet.

The governor’s daughter was seen in a bank at Business Central District trying to drag her husband’s side chick out of his car. Reports also say that the side chic just returned from abroad.