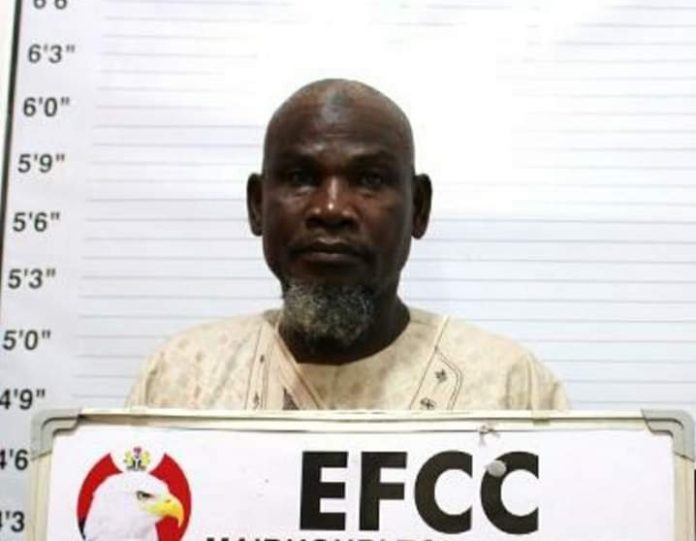 The Maiduguri zonal command of the Economic and Financial Crimes Commission (EFCC) has arraigned Yahaya Idris, auditor-general for local governments in Yobe state, over alleged fraud.

Idris was arraigned on Wednesday before Mohammed Lawan of the Yobe state high court in Damaturu.

According to a statement by the commission, Idris was arraigned on a one-count charge on alleged criminal misappropriation to the tune of N19.9 million.

“That you, Yahaya Lawal Idris, being the Auditor General for Local Government, Yobe State, between the 20th to 21st day of May 2017 at Damaturu, Yobe State within the jurisdiction of this Honorable Court, received the sum of N19,900,000.00 via your personal account number 1001480930 with account name Alhaji Yahaya Idris domiciled with United Bank for Africa Plc (UBA) from the Local Government Audit Account Number 5030030060 domiciled with Fidelity Bank Plc for the purchase of a brand new Toyota Corolla 2015 Model, did dishonestly misappropriated the gross sum of N10,100,000.00 (Ten Million, One Hundred Thousand Naira) only being the money made for the purchase of the said brand new Toyota Corolla 2015 for the office of the Local Government Auditor General, Yobe State, and thereby committed an offence contrary to section 308 of the Penal Code Cap 102 Laws of Yobe State of Nigeria and punishable under section 309 of the same law,” the count reads.

Idris, however, pleaded not guilty upon arraignment.

J.A. Ojogbane and M.A. Ahmed, counsel for the prosecution, asked the court to set a trial date following the plea taken by the defendant.

However, Baba Zau, counsel to the defendant, applied for bail for his client pending when the case would be determined.

The judge, in his ruling, admitted the defendant to bail in the sum of N2 million with one surety in like sum, adding that the surety must own a landed property in Damaturu, the Yobe capital.

The matter was thereafter adjourned till November 30 for commencement of trial.