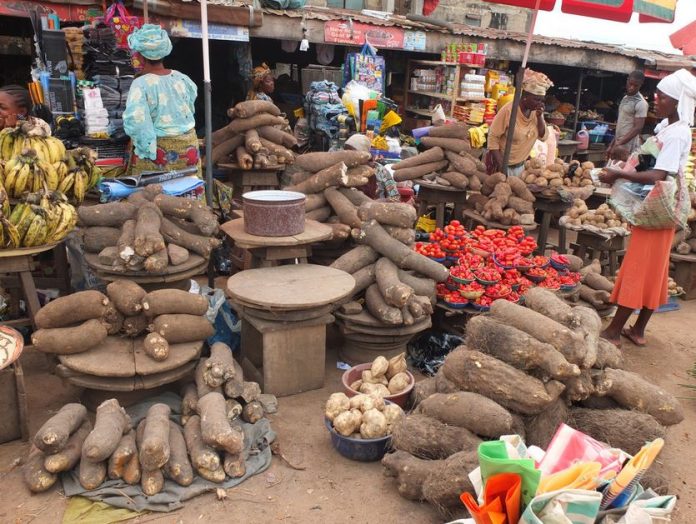 The federal government says it will convene a meeting of the National Food Security Council to address the rising cost of food prices across the country.

Zainab Ahmed, minister of finance, made this known on Wednesday while briefing state house correspondents after the federal executive council (FEC) meeting presided over by Vice-President Yemi Osinbajo.

She said FEC gave approval for the council to meet “very quickly to address the issue of food inflation, and also provide a plan and some methods in which we can reduce the cost of food to support improved food prices for the citizenry”.

The minister said the council was briefed about the rising inflation rate and the need to effectively manage it.

Ahmed said the GDP report by the finance ministry showed that the Nigerian economy grew by 3.1 percent in the first quarter of 2022, compared with a 0.5 percent growth in the corresponding quarter in 2021.

“This growth shows a gradual economic stability from the recession that we witnessed in 2020. And also, it shows the six quarters of positive growth that the Nigerian economy has presented,” she said.

“So of the 46 economic activities, the bulk sector performance showed that services sector grew strongly by 4.7%, agriculture also grew by 3.61%, while industry, on the other hand, declined by 6.81 percent.

“There’s also a significant contraction in the crude oil, petroleum and natural gas sector of 26.04%.

“We’re very mindful of the fact that unless we have most of the sectors growing, especially the growth in the jobs impacted sectors, this growth that is positive will not be directly felt by the people,” the minister said.

“We also reported to the council that inflation has started going upward to the extent that the monetary authorities of the Central Bank have had to adjust the monetary policy rate (MPR) to 13% at the last monetary policy committee (MPC) meeting and that’s an attempt to manage the cost of inflation.

“So, the council has decided to set up a special effort to look at the sectors that are not growing and also to look at how we can grow the other sectors better.”