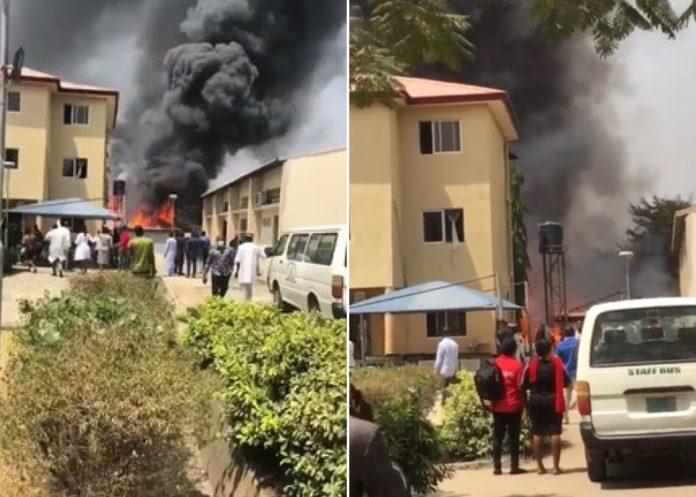 A section of the Asokoro District Hospital in the federal capital territory (FCT) has been gutted by fire.

The fire is said to have started yesterday afternoon.

Speaking with newsmen, one of the firefighters who identified himself as Arome, said the cause of the fire is yet to be ascertained, adding that there were no casualties.

“There were no casualties and nobody was injured. There was nobody in the building affected. The fire was not that big. It took us about 30 to 40 minutes to extinguish the fire.”