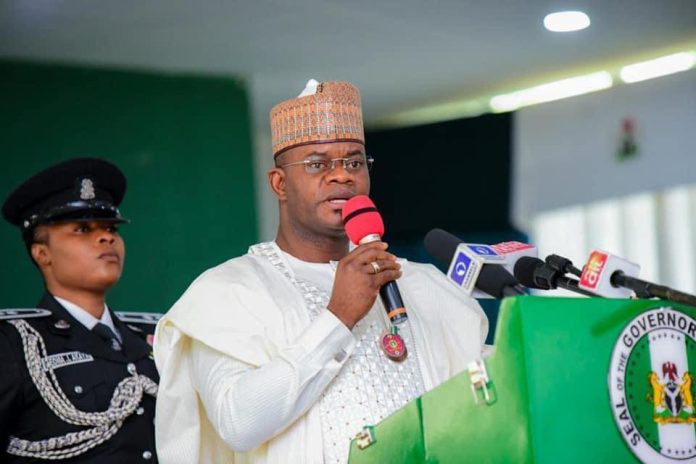 Yahaya Bello, governor of Kogi, says under his administration, nothing less than 2,000 millionaires have been made in the state.

Speaking today at the ‘Second Annual GYB Seminar for Nigeria’s Political and Crime Correspondents’ in Abuja, Bello said if elected president, he would lift 100 million Nigerians out of poverty.

Last week, the governor declared his intention to run for the highest office in the land.

He said he would build on the successes recorded by President Muhammadu Buhari’s administration.

“If you refer to my [presidential declaration] speech, I promised that I would build on what Mr President promised of ensuring that nothing less than 100 million Nigerians are pulled out of poverty by the year 2030, that’s about seven years from 2023,” Bello said.

“The question will be, ‘what have you done in Kogi state, how many millionaires have you made?’

“I will tell you that within the limit of our resources, coupled with various challenges and demands on our resources we have been able to make nothing less than 2,000 millionaires in Kogi state, within this short period.

“A millionaire doesn’t necessarily need to be a [Aliko] Dangote, before you are called a millionaire. Our government created an enabling environment that if you have N1 million you should be able to turn it around and multiply it.”

The governor said there is a low crime rate in Kogi because he refused to politicise insecurity.

“Kogi state used to be the hitherto crime capital of this country. Today the reverse is the case, I faced it frontally,” he said.