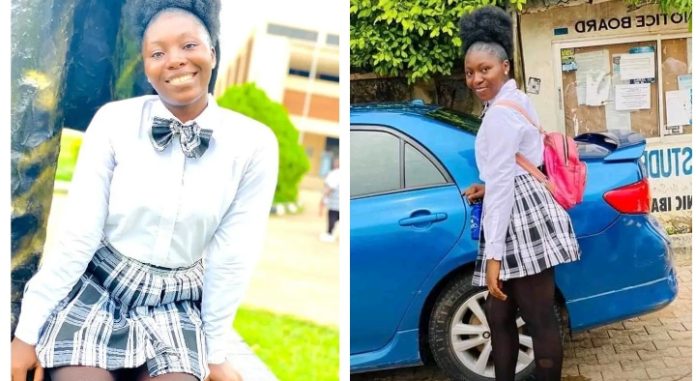 The female student of Polytechnic Ibadan who was rushed to University College Hospital (UCH) in Ibadan on Tuesday after having marathon s£x with boyfriend has been reportedly died.

This was made known by popular social media influencer and controversial investigative journalist, Kemi Olunloyo on her Facebook page.

According to her, a medical source at the hospital in Ibadan confirmed to her that the female student, Aramide Adeleke has died from the coma after taking Tramadol overdose during the drug fueled sex she had with her boyfriend, Oromidayo Daniel.

“She was also reported to have suffered very huge vagina tears in her private part #RIP ”, Kemi Olunloyo revealed on her Facebook page. 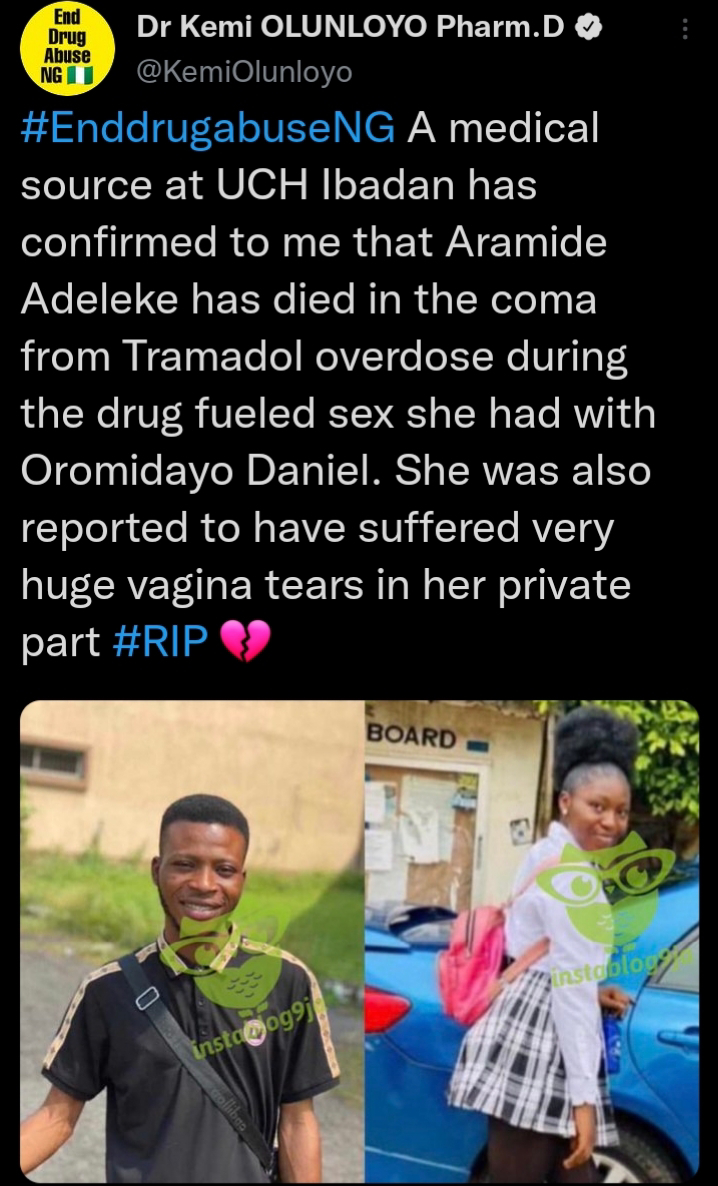